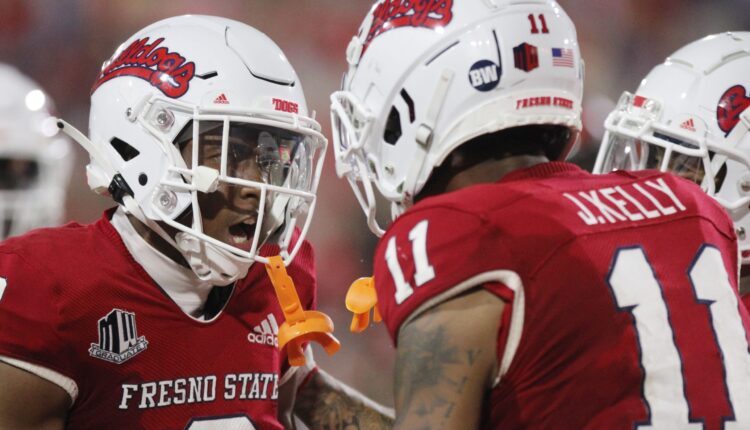 University of Southern California (USC) sports editor Patrick Warren spoke with The Collegian to give the Red Wave an idea of ​​what to expect as Fresno State football heads into Week 3.

The Collegian: For the first time since 2019, Fresno State and USC meet at the Coliseum after Fresno State lost 31-23. What can the fans expect for this game with an almost new starting roster?

Warren: As far as USC goes, the roster has completely flipped. Many of USC’s best players on either side of the ball — Caleb Williams, Jordan Addison, Shane Lee, Eric Gentry — played in different uniforms last year. Not many current players were around in 2019, although the core of the offensive line are all seniors.

The Collegian: Do you believe in a home-field advantage with the presence of the Red Wave at away games?

Warren: USC fans are interesting and unpredictable. Many of the students don’t go to games, and because of last year’s season and the insane heat wave last week, it’s not too hard to see why. But, there were still over 60,000 people at the Rice game. I’m excited to have a strong opposing fanbase presence. I love when stages get loud. And I hope it will this Saturday.

The Collegian: Coming into the season, what were some of the goals that Trojan head coach Lincoln Riley had for the team after finishing 4-8, 3-6 last season?

Warren: Lincoln Riley has always said that his goal is to bring a championship to USC. He’s admitted that it’s a process and won’t happen overnight, but according to Riley, that’s the goal in mind.

The Collegian: What turnaround did USC have in its season opener against Rice that it lacked last season?

Warren: USC never dominated games last year. They played down to competition too many times. On Saturday, and against Stanford, USC dominated. The offense has put together a pretty large highlight reel already this season and the defense has already forced eight turnovers. USC football is flashy again, which it lacked last season and the season before that.

The Collegian: What’s the predicted outcome for the USC vs. Stanford game on Sept. 10?

Warren: USC looked really good in the first half, scoring touchdowns on its first five possessions. The defense looked shaky at times, especially against the rushing attack, but also forced four turnovers. In the second half, it looked like USC had lost its momentum and motivation. The offense was clunky and the defense racked up some penalties. However, the game was never really in question because USC had been so strong in the first half.

The Collegian: Is there any excitement to see a Heisman candidate in Caleb Williams battle it out with a third-year starter in Jake Haener?

Warren: There’s certainly excitement. Excellent quarterback play on both sides is key to a great game, and both quarterbacks have high ceilings in the NFL.

The Collegian: With the return of head coach Jeff Tedford, how can USC’s defense prepare for Fresno State’s offense?

Warren: USC’s defense has been active in the turnover game, taking the ball away eight times so far this year. However, its run defense is a bit suspect as they have allowed several big running plays this season. Stopping Mims will be an interesting challenge that I’m sure the defense will focus on this week in practice. USC defensive backs Mekhi Blackmon and Max Williams will be interesting matchups against Remigio.

The Collegian: Fresno State’s defense locks down within the first half; how is USC’s offense prepared to take on defensive line players like David Perales and defensive back Evan Williams?

Warren: USC has started each of its games incredibly hot, scoring on five straight drives in the Stanford game and a similar pattern in the Rice game. The offensive line has impressed me so far this season, allowing just four sacks so far, I believe. Jordan Addison is one of the best receivers in the country, drawing double coverages that can lead to Mario Williams, Brendan Rice or USC’s other star receivers to get open easier.

The Collegian: With USC having a young team coming off of an offseason with a significant turnaround, does this Fresno State team filled with multi-year starters and a polished head coach raise any concerns?

Warren: Certainly a concern of USC fans is the chemistry among the team due to the short amount of time the team has spent together. However, the chemistry is evident in practice and during games, particularly between Caleb Williams and the offense. With veteran transfers on the defensive side of the ball, the communication and desire to cohesively improve is evident.

The Collegian: Does senior transfer Raymond Scott from USC provide any advantage for Fresno State as it prepares, watching footage and USC’s current roster?

Warren: Scott is a talented player, but because he hasn’t played in Alex Grinch’s defense, he might not be able to provide too much insight on USC’s new defensive mechanics.

The Collegian: Does Fresno State’s match-up against Oregon State last weekend prepare them to go up against two Pac-12 teams this season?

Warren: Certainly, I think that Fresno State showed that it can be a threat in the Oregon State game. Playing USC immediately afterwards could be a tall task.

The Collegian: The Daily Trojan listed Fresno State as one of the toughest matchups this season, potentially disrupting USC’s “expected success.” What key attributes go into play besides quarterback Jake Haener passing 4,000 yards and finishing with 33 touchdowns last season?

Warren: Fresno’s talented and tenured offense is certainly a concern, led by Haener. Veteran leadership is huge in college football, and Fresno State has plenty of that on both sides of the ball. A strong defense led by ball-hungry safety Evan Williams and David Perales could be USC’s biggest challenge offensively so far this season.

The Collegian: If USC were to lose to Fresno State, how big of an impact would that have on their perception as an up-and-coming powerhouse and its move to the Big 10?

Warren: It would certainly have a huge impact on this season, likely eliminating the Trojans from playoff contention. As far as their move to the Big 10, that day will be so monumental and strange that a Fresno State loss from two years before (the first Big 10 game will be in 2024) likely won’t be on the minds of many Trojans, but it would be a historic loss and Fresno would certainly earn some bragging rights.