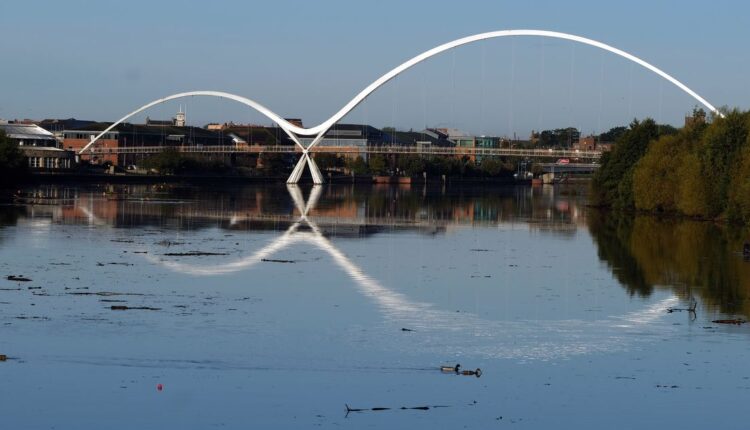 Health bosses are considering reviving a popular parkrun after an edition at the Tees Barrage ended this year.

Organizers of the Tees Barrage parkrun confirmed it would no longer continue in February after a decade on the riverbank. But a presentation to Stockton’s latest health and wellbeing board showed there were aspirations to revive the parkrun as part of the council’s strategy on “active parks”.

The council report also revealed how chiefs were also looking to create five orienteering routes in the borough – including in Ropner Park , at Sixfields, in Hartburn, and in Cowpen Bewley. Officials are also looking at finding funding to improve more play facilities.

READ MORE: Monkeypox on the radar of Stockton health chief

Tussles with landowners dogged the Tees Barrage parkrun – with months of struggles to get it going again. In a statement at the time, the parkrun said: “It is with great regret that we are forced to concede that we will not be returning to Tees Barrage.

“There have been so many people instrumental in our story since setting up the event back in 2012 and then taking it from strength to strength in the subsequent years.Thank you to every volunteer who joined us, we all go away richer for the experiences we have shared with you.

“And to every park runner who ever joined us – you made the event what it was. See you around.”

Figures from Public Health England show Stockton has the highest levels of overweight adults in the North-East. More three-quarters of over 18s were classified as overweight or obese in 2020/21.

The council is trying to improve physical health – particularly of youngsters – with targets lined up for 2029. It aims to reduce the number of physically inactive adults to 24% by the end of the decade – with ambitions to make more than half of all Stockton’s children physically active.

The “Beat the Street” game – which sees participants clock miles by tagging boxes on lampposts around the borough – saw almost 20,000 people take part and almost 200,000 miles clocked up. This was more than a tenth of the population.

After the board meeting, Cllr Jim Beall said it was good to see all parts of the health system pulling together.The former chairman added: “There’s been some good payoffs including the Beat the Street project which is ongoing. Roughly 10% of our population engaged in it and, significantly, about 45% were from disadvantaged wards.

“It’s also helping address health inequalities as well.” Cllr Beall hoped the engagement from Beat the Street could be sustained.

“What we do know is if you nudge people in a certain direction, they can continue to do it themselves. It’s a long job and there are longer term targets laid down by the government. But our focus is to try and exceed those targets for children.”

For a North East politics and regional affairs digest direct to your inbox, go here to sign up to the free Northern Agenda newsletter.