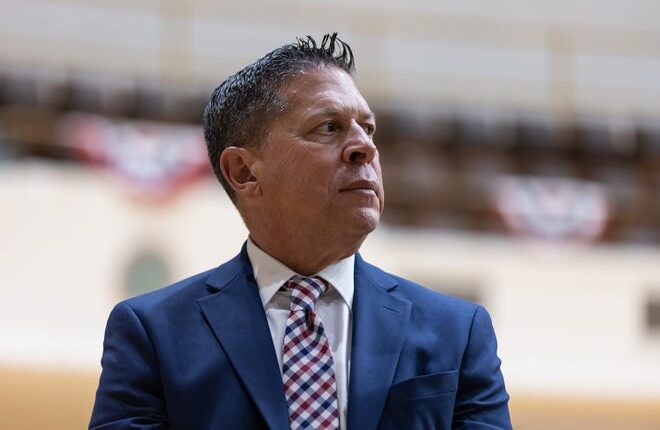 Ron Freitas will be the next San Joaquin County District Attorney, according to the county Registrar of Voters’ latest election results.

The Registrar’s June 28 update — an unofficial final count of 109,832 ballots — puts Freitas ahead of incumbent Tori Verber Salazar by just over nine points at 54.53% of the vote. Freitas, who ran on getting tough on crime, was unavailable for an interview. His campaign manager Lee Neves said Freitas is ready to get to work.

“We’re just very excited,” Neves said. “We ran a very strong campaign, and one I think really resonated with voters … we won by nine percentage points, a pretty significant margin, especially against an incumbent that has a lot of powerful families in Stockton and San Joaquin County behind her … ( that) shows the public wanted some common sense back in the DA’s office.”

More:These candidates will face off in November for San Joaquin County Board of Supervisors

Verber Salazar said she respects the will of the voters and thanked the residents of San Joaquin County for the “privilege of a lifetime.”

What’s next for criminal justice in San Joaquin County?

Under her leadership the Family Justice Center was created, a one-stop healing shop for victims of domestic violence, human trafficking, sexual assault, child and elder abuse. The center connected 20,000 people to intervention services last year when homicides were down 30%.

Verber Salazar and her team also piloted Project Navigate Constructive Change, an alternative to incarceration for juveniles and young adults who are charged with a minor felony. The program has been awarded $5 million from the state for its success and has reduced recidivism from the 70% rate from jails and prisons down to just 15% for those who go through the program.

“You can’t go back to the old ways, because they simply don’t work,” Verber Salazar said. “You have to figure out what works in our county and what works in driving crime down. That’s what I’m so proud and grateful to the 300-plus people in my office, they had the courage to do that and build those programs.”

During his campaign, Freitas referred to Verber Salazar’s work as a “radical social experiment,” akin to former San Francisco County District Attorney Chesa Boudin, who was recalled by voters in the June 7 primary. Freitas had the backing of many law enforcement unions after Verber Salazar prosecuted 23 police officers over the past eight years.

Neves said Freitas’ work will be focused on letting prosecutors do their jobs and to stop the school-to-prison pipeline.

“He definitely believes in early intervention instead of intervening at the back end,” Neves said. “On the campaign trail he said this all the time, he’s never prosecuted someone for murder who had a high school diploma. A lot of the intervention you’re going to see from the new district attorney will be loaded toward the front.”

In addition to being a top prosecutor in the district attorney’s office, Freitas currently serves as a trustee at Lodi Unified School District, which he will have to give up when he takes the mantle of county district attorney. Neves said Freitas will be taking a hard look at the recent grand jury report on Stockton Unified School District, which reports dire financial circumstances from mismanagement.

“That’s not (a decision) he’s going to make lightly, it’s not one he’s going to gloss over, obviously, as a soon-to-be former trustee,” Neves said. “All our schools in San Joaquin County are near and dear to his heart. He’s going to do what is best for students, parents and teachers.”

Sacramento Tourism Reinventing Itself In Wake Of Pandemic – CBS Sacramento