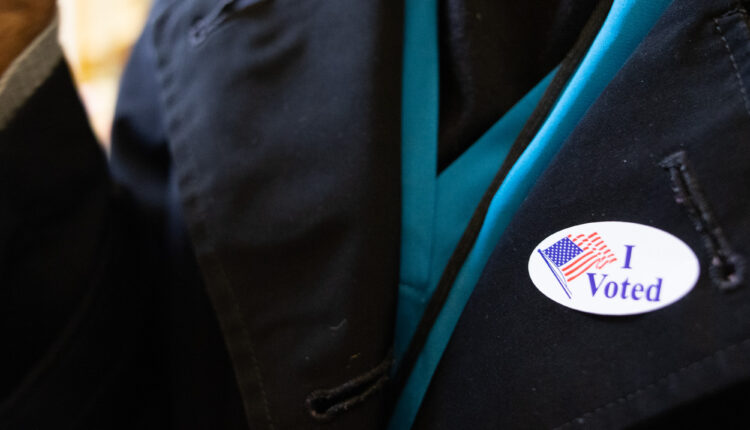 Voters across Greater Sacramento have been turning in their ballots for the midterm elections before and on Election Day across several fronts — mail-in ballots, in-person voting and early votes — and may not be solidified for weeks.

Although California has aimed to make the voting process more accessible — most recently by passing legislation that sends every registered voter a vote-by-mail ballot in 2021 — there are still several barriers complicating participation.

Take vote-by-mail, which Kim Alexander with the California Voter Foundation says favors older homeowner voters over others, regardless of their registered party, because not everyone is comfortable using the mail and not everyone has a reliable address.

That can disproportionately affect those with unstable housing — like college students, who may move around a lot.

“We’re asking young voters to do things they’re not familiar with: using the Postal Service, and putting something in an envelope and making a signature,” Alexander said.

A lack of clear information can also be a barrier, if not a deterrent, to some first-time voters who may want to register to vote in their home county while attending college elsewhere. That was Roan Thibault’s experience; he said he was surprised by how confusing the process was.

“I had to guess if I was doing the right thing as I re-registered to vote and play the waiting game for my ballot to arrive,” Thibault, first-time voter and first-year UC Davis student, said via email. “And students in the dorms like me aren’t in the Davis city limits, so if I wanted to re-register at my college address I wouldn’t have been able to vote in the city elections.”

Transportation and safety may also present barriers to voting, Alexander noted. A 2020 report from the Public Policy Institute of California Notes that regions in the state that consolidated voting centers experienced lower turnout compared to those that distributed polling places throughout neighborhoods.

That’s affected voters of color, in particular, some of whom may feel less safe going to neighborhoods that aren’t diverse or that are less familiar to them.

“That person [voting] may not feel comfortable going anywhere in their county, they may not feel welcome going into certain neighborhoods,” she said. “We have to kind of step back and consider the benefits of having neighborhood voting sites where people will know the location, know other people there, be able to walk there [and] not have to have a car to get to them.”

Cynicism about elected officials and their ability to safeguard people’s rights is also affecting some voters’ morale, from first-time to long-time voters.

Sacramento County voter Jessi Miller, who has been voting since the 2000 election, said she’s feeling “cynical and fatigued.”

“I’m feeling increasingly burnt out that I have to continually vote for the lesser evil,” she wrote in a comment on CapRadio’s Facebook page.

In messages to CapRadio, she said while everyone she knows similarly feels cynical, they regard voting “as their duty to at least say they fought against tyranny.”

For Miller, the accessibility of voting isn’t so much the problem as it is political party inaction.

“Every election, Dems talk about voting for them, or else, or else,” she said. “I feel like there’s no point, there will never be any movement.”

Jacob Francisco, a fourth-year political science student at UC Davis, said some of his friends feel similarly. His first time voting was last year, during the 2021 recall election.

“No matter what I tell them or how I persuade them, they believe their vote won’t make a difference,” he said via email. “The only thing I can do is encourage that they register to vote and subsequently show up on election day or to make sure their mail-in ballots are filled out correctly.”

For some first-time student voters, Election Day is still an occasion to look forward to

Apathy among younger voters in California is a trend noted by the Public Policy Institute of California; senior PPIC fellow Eric McGhee called young voters “some of the least reliable.”

But that pattern doesn’t necessarily hold true for all first-time voters.

Eastman Chan, a first-year UC Davis biochemistry and molecular biology student, told CapRadio that he still found casting his ballot for the first time “quite exciting.”

“Voting for my candidates felt a bit like doing my homework, yet I believe it holds much greater importance,” Chan said via email. “I chose candidates based on beliefs and prior experience and measures/propositions based on my personal values ​​along with how effective I perceived the measure or proposition to be.”

He added that he thinks voting is every citizen’s responsibility, regardless of the vote’s outcome.

Other first-time voters — like Thibault and Syndee Yu — have been looking forward to voting for years.

Both Thibault, the first-year UC Davis student, and Yu, a first-year public policy student at USC, are voting in their respective home counties — Los Angeles and Sacramento.

Thibault says he’s been waiting to vote since he started organizing for gun violence prevention as a high school student with Students Demand Action in 2018.

He says the first thing he did on his 16th birthday was preregister to vote and pester his twin sister to follow suit.

“In my sophomore year of high school, when a look-alike gun was brought onto my campus, I experienced the all-too-common fear that I wouldn’t come home that day,” he said. “We have a very important sheriff’s race back home with a lot on the line for gun safety, so I wanted to turn out for that, but hopefully if I move off campus next year I will start voting in Davis elections.”

Yu’s interest in advocacy — which sparked her interest in public policy — came from participating in Sacramento County’s mock elections in high school. While the county didn’t offer those elections this year due to staffing, Yu said the elections “really led me to pivot into learning more about specific issues.”

While she’s away from the county, she said she’s still hoping others who are sending in their absentee ballot still feel “a sense of a call of action.”