Sacramento family has spent decades giving to families in need 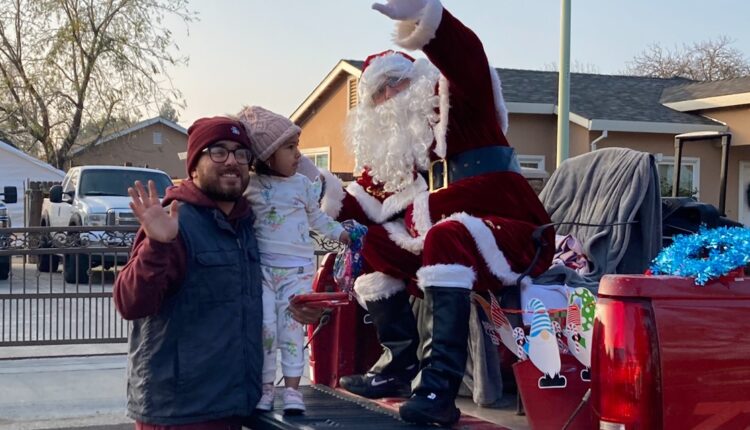 “We were just raised that way, to give,” said Renie Alarcon.

SACRAMENTO, Calif. — A family is giving back to those in need in Sacramento. Sunday afternoon, they passed out gifts to children and families in North Sacramento and spent the night bringing blankets and warm clothes to the homeless community.

The family told ABC10 this is something they do during the holidays together to make a difference, using their own money and resources to get supplies for the giveaway throughout the year.

Evelyn Cruz said it was something that was instilled in her as a kid.

“It really kind of started when I was little and my mom worked at a community center at Stanford Settlement, and she really saw a need,” said Cruz. “She told all of us you’re helping my dad with the truck – everybody had to help and it’s just carried on. It’s probably like a good 50 or 60 years.”

Now, she goes out with her son, granddaughter, nieces and friends.

“We were just raised that way, to give,” said Renie Alarcon, Cruz’s nice.

Cruz’s other niece, Kathy Ruiz, said it initially started out small many years ago, but has grown over the years.

“Before you knew it, we were at least meeting 75 to 100 people a night, so that we could give warm socks and shoes,” she said. “We’d figure out what is the need and where it’s at and we would either make phone calls and say what we need or we would go out and get it ourselves and come together and do it.”

As temperatures dipped into the mid-30s Sunday night, the family passed out beanies, socks, shoes and hot chocolate at a homeless encampment in Sacramento.

“It is cold but then we have to think about it–we’re cold, but they’re out in the streets in boxes and wet clothes,” said Ruiz.

The group also gave out food and hygiene items, as well as dog clothes and treats.

“I think we’ve all been blessed enough to have more than what we’ve needed at times and it doesn’t hurt to give back,” said Alarcon.

“It’s really important to us, and we’ll be doing it again because the need is everyday, not just Christmas,” said Ruiz.