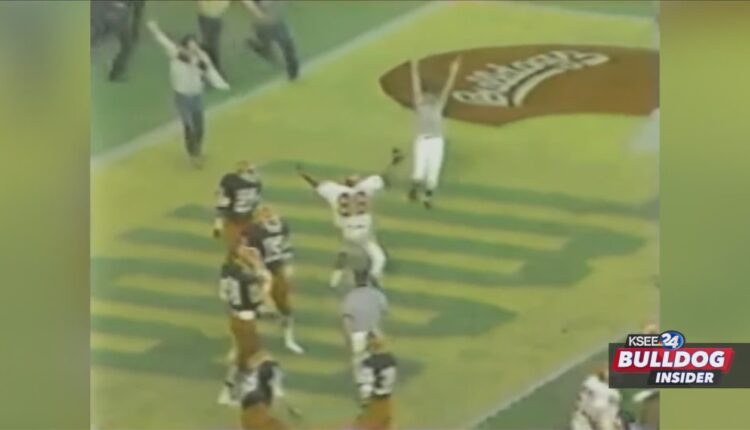 FRESNO, Calif. (KSEE) – On December 18th, 1982, the Fresno State football team played its last game of the season at home in the Cal Bowl.

It was the last game of Jeff Tedford’s playing career at Fresno State.

Tedford, the Bulldogs’ current head coach, led his team to a come-from-behind victory. He threw a two-yard touchdown pass to the late Vince Wesson with eleven seconds left that helped the Bulldogs beat Bowling Green, 29-28.

The Bulldogs scored 22 unanswered points, thanks to two touchdowns from Stephone Paige (with a two-point conversion after the second TD) and then the touchdown to Wesson.

Paige had 246 receiving yards in that game.

Tedford had 373 passing yards and three touchdowns, as the Bulldogs completed an 11-1 season in 1982.

Sacramento family has spent decades giving to families in need