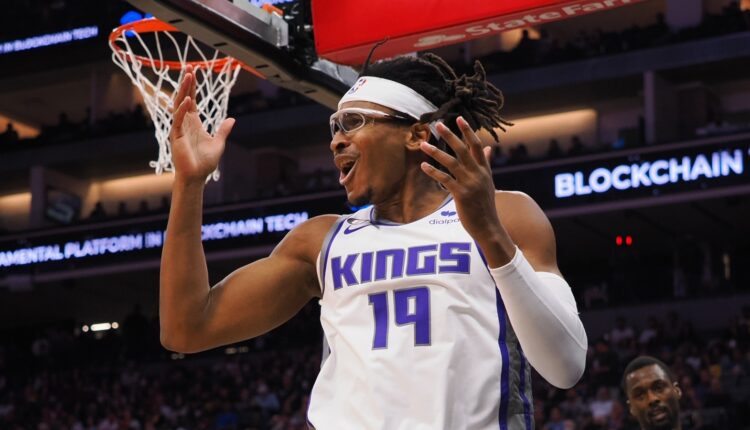 According to Sean Cunningham of Fox40, the Sacramento Kings have assigned swingman Chima Moneke to the Stockton Kings as Sacramento’s G League squad prepares for its season opener next week.

Moneke, a relatively unknown player many expected to be among Sacramento’s final camp cuts in the offseason, managed to snag the Kings final roster spot through both his tenacious play and his familiarity with Mike Brown’s coaching style and system through the Nigerian national team, beating out bigger name veterans such as Kent Bazemore and Quinn Cook in the process. Unfortunately for Chima, although he conquered the largest hurdle in simply making the team, the likelihood of him garnering playing time while sitting behind Kevin Huerter, Malik Monk, Terence Davis, Harrison Barnes, and Keegan Murray is extremely low.

The plan to send Moneke to Stockton is a smart one, even if he’s a bit older than most players shifting back and forth between home and minor league squads, as he’ll turn 27 in a few weeks. Because Moneke is on a full-time contract for the Kings, he cannot be snagged by another team or offered another contract. He’s still fully under control of the organization. In addition, instead of merely riding the bench night after night, Chima can continue to develop his skill set in Sacramento’s overarching system, with the hope that he either contributes at a high enough level in the G League to earn some minutes for the Kings, or that the front office makes a move or two to open an opportunity for him to get some playing time.

Along with Moneke, two-way players Neemias Queta and Keon Ellis will also be heading down to Stockton, which should come as no surprise. Neither Queta nor Ellis are expected to come close to cracking Sacramento’s primary rotation, and shifting them to the G League will allow them ample opportunity to get some in-game development under Head Coach Bobby Jackson.