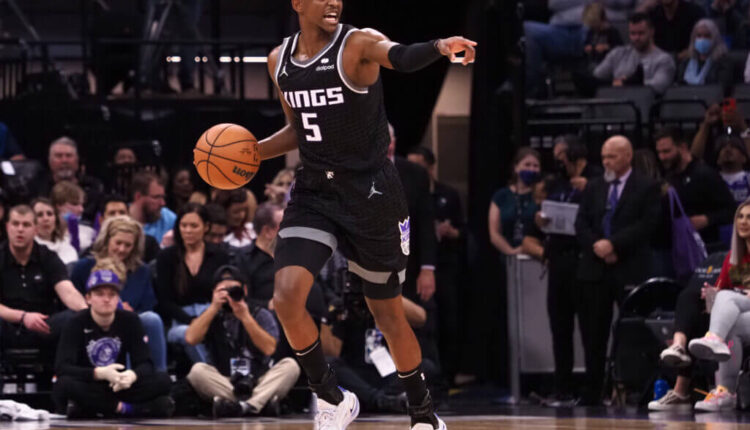 The NBA offseason! It feels like it never stops. Except here’s the thing: I think we got to a place where it’s basically over and we’re just treading water until we get to training camp toward the end of September. Sure, we might get a trade request from a disgruntled star player before we get to preseason, and that request might be approved by his incumbent team. For the most part, it feels like we know where the free agents are and where rosters stand heading into next season.

With that, I thought it was a good time to look at how rosters changed and what it means for all 30 NBA teams. We can do that by examining what happened to them last season, how their four groups of players (lead guards, wings, forwards, and bigs) changed this summer, whether or not the team got better, how they find success with the new group , and give them an overall grade for the summer. Also, we’ll bring you a local or national expert to answer three pressing questions about this team.

How an offseason ended up for each team depends on what their goals are for constructing their group of guys. These are the statuses available for the 30 teams:

Today, we are breaking down the Sacramento Kings (30-52 last season), who desperately need to make the Play-In Tournament, let alone the playoffs.

Overall grade from the offseason: B+

Another season and another Sacramento King’s absence from the playoffs. It’s been 16 straight years of lottery-bound ventures for the Kings. But this one happened with their worst winning percentage since the 2017-18 season. After a 6-11 start, the Kings finally fired Luke Walton, which had been expected for some time. They replaced him with Alvin Gentry, but there wasn’t a marked improvement. The Kings were just a decent offense, and they had one of the worst defenses in the NBA leading up to the trade deadline. This grouping just didn’t cut it, so the Kings decided to shake things up.

At the trade deadline, Sacramento sent coveted young guard Tyrese Haliburton with Buddy Hield and Tristan Thompson to the Indiana Pacers for Domantas Sabonis, Justin Holiday and Jeremy Lamb. The Kings gave up fan favorite Haliburton — still on a rookie deal — for an All-Star big man. Pairing De’Aaron Fox and Sabonis was supposed to give them an injection of adrenaline. Instead, things just kind of fizzled out. They scored 109.5 points per 100 possessions (19th) before the trade, and it only went up slightly (109.9 per 100 possessions, 27th) after getting Sabonis. But the Kings are banking on a full training camp and a healthy roster to catapult them back toward the playoffs.

We may have some quibbles about which players belong in specific groups, but I’m just going with my overall impressions of where they did belong and where they probably will belong next season. Not ordered in the expected depth chart. Also, lot of deals are done on draft night where a player is drafted by one team for a trade directed by their trade partner. So we’re doing catch-alls for players acquired on draft night as drafted by their current team. It’s just easier that way.

Be sure to check out David Aldridge’s team offseason rankings with the Kings clocking in at No. 6.

(Lead guards are just considered the main initiators from the backcourt position.)

Did Sacramento improve here? This entirely depends on two things. 1) Do you think Dellavedova has anything significant left in the tank, even as an emergency backup point guard? 2) Do you think Donte DiVincenzo, now a couple years removed from a major ankle injury, is going to bounce back really well with Golden State? My answers to no. 1 and no. 2 are no and yes, respectively, so I don’t think the Kings got better with their depth. But Fox and Davion Mitchell are mostly what they were going to rely on here anyway.

(Wings will do some playmaking, but they’re mostly there to get their job done from the perimeter in various scoring or 3-and-D roles.)

Did Sacramento improve here? Huge improvement. It’s basically a new group for the Kings, and they’ve got some real talent in there now. Some might consider Murray to be more of a forward than an outright wing because of his size, but I think we’re going to see a lot of him on the perimeter on both ends. He’s good and nimble enough to do it. Drafting him was a bold move with a lot of Kings fans wanting Jaden Ivey, but Murray already looks like the right pick. The Huerter trade was the exact type of move a good front office does to pounce on a player surplus (Atlanta after getting Dejounte Murray). The Monk signing is really good too. It won’t take much for him to justify that money. Also, the Okpala signing could be sneaky important for their defensive versatility as a team if injuries hit.

(Bigger guys who aren’t quite wings across the board, but they’re not consistently playing big enough to get the full-time “big” distinction.)

Did Sacramento improve here? No real change here, unless you want to throw Murray into this mix. My guess is he’s going to play alongside Harrison Barnes a lot. That’s their best chance to compete on both ends of the floor, and we may even see the Kings go big at times with Murray at the two as Barnes makes up the frontcourt with Sabonis and Richaun Holmes. This group mostly stays the same though.

Did Sacramento improve here? There is no change here. The change happened in season when they made the Sabonis trade. However, we’re going to see just how much the Kings need to play Sabonis with Holmes because, historically, a Sabonis team has struggled defensively when he’s the only big man on the floor. Adding him to a Kings bunch that has been atrocious defensively probably doesn’t solve that.

Did the team get better?

The Kings absolutely improved as a team. We need to mention they’ve brought in Mike Brown to be their head coach. The Kings front office is hoping his attention to detail in designing and coaching defense will help cure a lot of what ails this Kings core.

Bringing in talent like Murray, Huerter and Monk is a very successful offseason for them, especially when you look at how they acquired these three. Murray was a high draft pick, but that’s the kind of pick the Kings don’t typically hit on. They have struggled a lot with drafting over the last decade. Huerter was added in a very opportunistic trade in which they swooped in to grab a high quality guard. With Monk, you could argue it’s an overpay, but I don’t believe you can truly have a bad two-year deal. Plus, it won’t take much for Monk to justify just under $10 million per season. This was a very good offseason for the Kings.

What does it mean for next season?

Just because the Kings had a good offseason doesn’t mean it will translate to breaking that playoff drought. And considering the renewed depth of the Western Conference, I’m not sure how realistic that is. The good offseason of the Kings has to correct some of the ills of their roster construction of the past. This has not been a good core, and it hasn’t really shown tangible progress. They’ve just kind of been middling in the back end of the West for some time now. And it’s hard to galvanize that extended level of mediocrity with a couple of really solid moves that add up to a good offseason.

How you feel about the Kings next season probably has everything to do with how you feel about the Fox-Sabonis duo. If you believe they can lead a really good offense while minimizing defensive efficiencies enough, then you probably feel like a healthy Kings squad can break into the Play-In Tournament. There are some good role players around them. Murray might be the real deal. Huerter and Monk have a lot to contribute. Mitchell and Holmes might be able to help Barnes bring a sustainable intensity on defense. But really, the Kings just making the Play-In Tournament and getting knocked out right away would be legitimate progress. That’s what Sacramento is hoping for.

After this offseason, should this front office be tied to the ills of management and ownership past?

No. Only Fox, Barnes and Holmes remain as key players. This is truly Monte McNair’s team, and the coach, Mike Brown, was hired on his watch. It’s impossible to completely separate from possibly changing ownership plans midseason (which is always a possibility), but if this season is a flop, it has nothing to do with Vlade Divac or Luke Walton, Dave Joerger, etc.

Is the De’Aaron Fox-Domantas Sabonis duo the right combination for winning basketball?

It is if the new parts provide the 3-point shooting and support needed. Neither is the kind of dominant star whose presence alone elevates a team to the postseason, so it’s necessary for others to play well to balance out the nights where either looks more like a good player than an All-Star.

Let’s just get it over with: Do the Kings have a real chance at breaking this playoff drought?

They do because they have a chance to be a top 10 team in the West and and play their way into the playoffs. Houston, Utah, OKC and San Antonio are all rebuilding, so the Kings should be able to finish ahead of them and be among 11 teams going for 10 spots. They aren’t a top-eight team going into the season, but ninth or 10th and edging out a Portland for the Play-In spot is realistic.