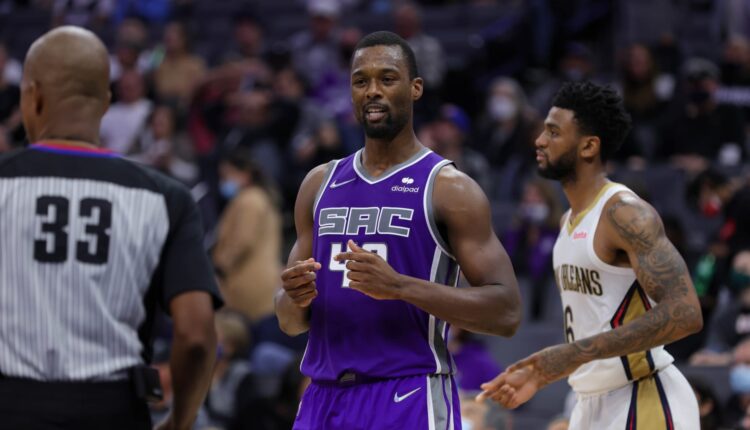 NBA Trade Rumors: According to a recent report, the Sacramento Kings are open to trading Harrison Barnes this offseason.

The NBA draft night is the perfect opportunity for trades to get going in the NBA. There are plenty of assets that could be swapped and teams officially begin building and retooling their rosters for the next season, especially with free agency just a week away.

Naturally, the draft is a great opportunity for a trade to take place. And, as is the case every year, there will be plenty of trade rumors heading into draft day.

Of the players that could be traded on NBA draft night, it’s reported that Sacramento Kings forward Harrison Barnes is available for trade.

It’s not exactly surprising that the Kings would be open to trading Barnes. He’s entering the final year of his contract with the team and is on a very affordable salary considering the amount of impact that he could have on a contender.

With the No. 4 overall pick in the 2022 NBA Draft, the Kings could easily take a wing that would effectively replace him and could add an additional asset with a draft-night trade of Barnes.

Any contender looking for some depth in the frontcourt should be on the phone with Sacramento trying to pry Barnes away. The Kings will likely easily get a first-round pick for him, whether he’s traded on draft night, during the offseason, or at the NBA Trade Deadline.

He’s one of the few solid trade assets that the Kings have on their roster that they seem willing to give up.