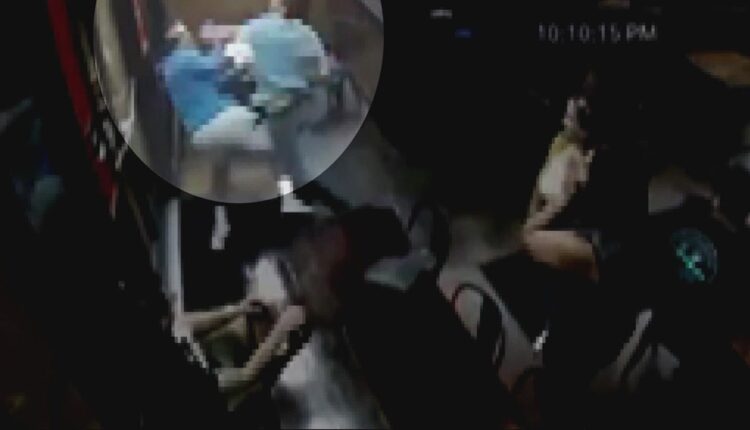 SACRAMENTO, Calif. — Police say the man shot by Sacramento officers in Elk Grove was wanted on felony financial crimes out of Southern California and was a suspect in a June assault investigation in the Lavender Heights District.

“We will pursue these crimes to the absolute best of our ability, because quite frankly, it’s unacceptable,” said Sacramento Police Chief Kathy Lester.

Lester made her first public comments on the case where a local gay couple said they were targeted on Pride weekend in Midtown’s LGBTQ friendly district.

ABC10 spoke to the couple when it first happened back in June, but blurred their faces because of their safety concerns.

“It’s scary to think about going out at night to a restaurant or for a drink and not feeling comfortable in the city you are living in,” said Derek, one of the victims.

The couple said it started when a customer at the Kiki’s Chicken restaurant on J Street threw a cigarette on the ground.

“I don’t like litter bugs,” Jose said. “So I went and picked it up and threw it away inside the restaurant. He started approaching me with a very intimidating attitude. He started telling me if I had a problem to let him know because he can go ahead and smoke us both.”

Things escalated with gay slurs being thrown around and the customer, seen on video provided by the couple, punching Derek in the face. They fought back and ended up covered in blood, with scratches, bruises, and even a broken nose.

Police say that customer was the man officers shot in an Elk Grove confrontation back on Oct. 11.

Sacramento police said the 32-year-old disregarded officers commands and shots were fired. Authorities said officers provided medical aid to slow the bleeding, adding that a loaded .40 caliber handgun was found at the scene and that the gun was allegedly jammed when it was recovered.

“Bias incidents and bias crimes are really important to me personally because I know what an impact that has on people’s sense of safety and how they feel, and we are a better country than that,” Lester said.

Police said the case involving the assault on the couple is now being submitted to the District Attorney for review. Meanwhile, the suspect is currently facing charges of a felon in possession of a firearm among others.

Lakers winless no more: ‘Needed to prove something to ourselves’