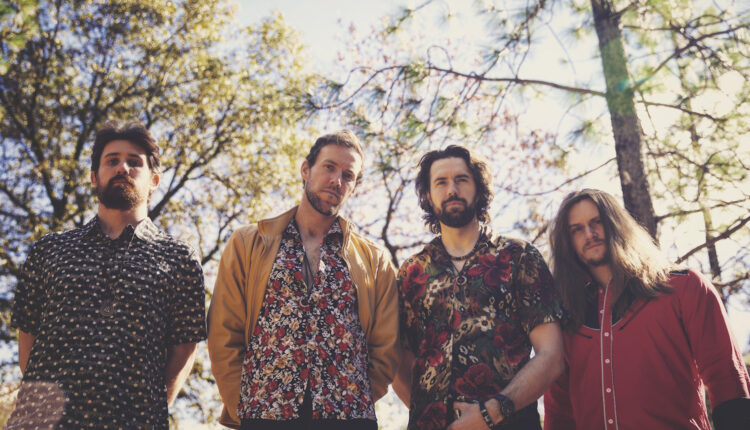 One of last year’s opening bands at the Levitt AMP show is stepping into the headlining spot this year. Bad Mother Nature comes to Carson City on Saturday as part of the concert series and they bring their version of rock music from Sacramento.

CLIMBING THE LADDER
The band marked six years together this year. They’ve been working on growing their music catalog and expanding their fanbase throughout the West Coast. They’ve released two full albums and an EP and working on another EP release this year, “1,000 Days of Rain and Madness.”
“We have so many new songs on deck,” Ryan Allred said.
They’ve worked their way up into more headlining gigs, which has shown much of the recent progress of the band, Allred said.
“The first few years, we were scrounging,” he said. “Then we’ve sold out a couple good venues that four years ago we thought we’d never headline.”
They’ve toured through the Pacific Northwest and through Southern California and they played the Viper Room in Hollywood.
“We were lucky enough to play there,” Allred said.
They were proud to play Concerts in the Park in their hometown Sacramento. That’s one of the city’s biggest music events after the Aftershock Festival.
“That was a longtime goal we got to do and that was a blast,” Allred said.

THE BAND
Allred plays piano and vocals. His brother Corey plays guitar, bass and backup vocals. Axel Ahrens plays guitar, bass and vocals. Jon McCann plays drums.
Allred said what makes Bad Mother Nature unique is how they switch up instruments and vocals during the show. At some point, Corey and Ahrens switch off on guitar and bass, and Allred and Ahrens trade places on main vocals.
“It’s kind of unique, but it’s a double-edged sword,” he said. “We’ve talked to people in the music industry, and some think it’s really cool and some don’t like it. It’s just what it is, and I’ve never seen bands do that.”
The band has been working on their harmonies more. Allred said it’s apparent in one of their newer singles, Mad Oklahoma, with all four members singing together.
The band has many influences when it comes to music backgrounds and they each find different inspiration. Allred said a lot of the ’70s titans influenced all of them, such as Led Zeppelin. As a keyboardist, Allred said he was inspired by Elton John and Dr. John. He said his brother Corey is into poppy, dance music and Ahrens is into original blues rock bands.
“All of us have different variants of influences but it all works together,” Allred said.
McCann said he has a punk rock background. He uses what he’s learned in the past, and he finds the right spots to put certain elements.
“It makes a unique, alternative sound with a bunch of different influences,” he said.

THE SHOW
Allred said their live shows have a heavy sound with a lot of energy. He said they’ve been working on dialing in the live show the last six years, and it includes plenty of original material.
Last year Bad Mother Nature opened for Los Coast, but unfortunately the wildfire smoke was bad, and the show had to be moved inside the church. Allred said they’re happy to be coming back and they’re hoping for better weather.
“It was still a good show,” he said. “It was still a fun; it was a good time.”
He said he also appreciates the BAC’s hospitality.
“Mikey, who runs the BAC, is the nicest guy ever and he really takes good care of us,” Allred said.
During the pandemic, the band couldn’t tour, and they took to other outlets with their talents. Two members graduated with film degrees from Sacramento State. They decided to make music videos for songs they’ve written and now the band added about eight music videos. Check them out here: bit.ly/3zEahtD.