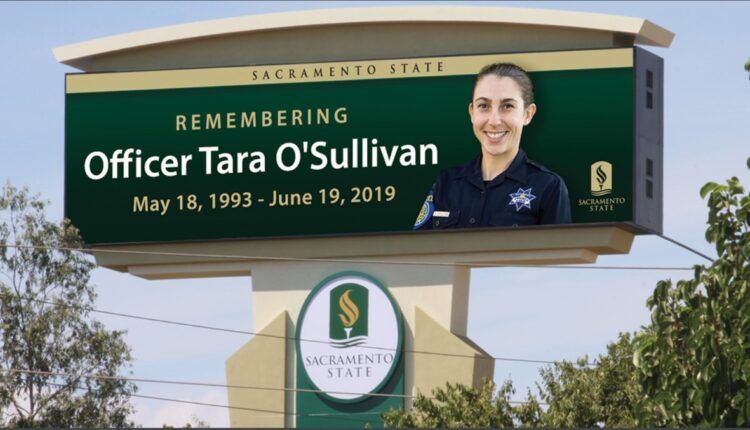 SACRAMENTO, Calif. (KTXL) — Sunday will mark three years since Sacramento Police Officer Tara O’Sullivan, 26, was killed in the line of duty in North Sacramento while helping a woman retrieve belongings from her home after a domestic dispute.

O’Sullivan was shot and killed on June 19, 2019, in an “ambush-style” attack by Adel Sambrano Ramos, 45, who initiated an eight-hour standoff with officers that resulted in his arrest, according to police.

Sacramento State, where O’Sullivan graduated from, posted on Saturday about the anniversary of the rookie officer’s passing on Twitter.

“She (O’Sullivan) will always be remembered by the Hornet Family for her intelligence, commitment to public service and bravery,” the post read.

O’Sullivan was the first Sacramento Police officer to die in the line of duty since 1999, according to the police department.

According to police reports, O’Sullivan along with her training officer Daniel Chip entered Ramos’ home when Ramos began firing at the officers and shot O’Sullivan several times.

According to a previous statement from Sgt. Vance Chandler, one of the wounds that O’Sullivan received was ‘non-survivable’.

Ramos was charged with murder and attempted murder for firing at seven other law enforcement officers, according to Sacramento Superior Court records.

In February, the H Street Bridge, a main point of access to Sacramento State, was renamed as the ‘Officer Tara O’Sullivan Memorial Bridge’ after a petition was created to rename the bridge in honor of O’Sullivan in earl 2021.

“We want this bridge to be a bridge for peace in honor of Tara,” Sacramento Police Officer Joe Pane said in a previous FOX40 report. “And that’s even on our printout of what we’re looking for. A bridge for peace. I can’t think of a better way to honor her.”