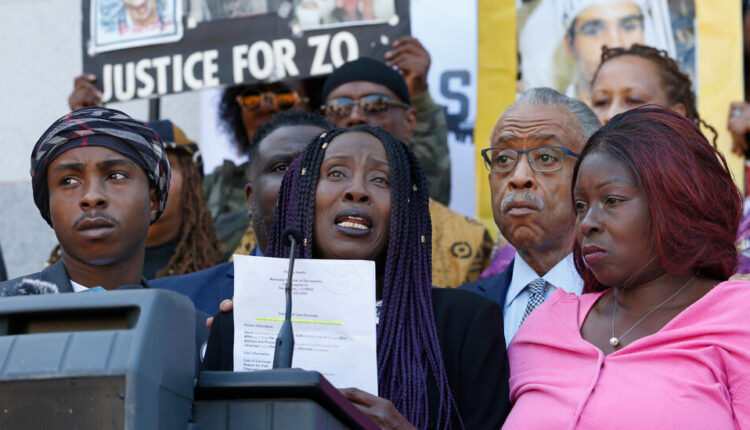 The city of Sacramento on Friday said it had agreed to pay $1.7 million to the parents of Stephon Clark, an unarmed Black man who was shot seven times by city police officers in March 2018.

The payment settled the final portion of a federal civil rights lawsuit filed by his parents and ends the family’s legal action against the city, the city attorney, Susana Alcala Wood, said in a statement.

Mr. Clark was 22 years old when two officers in the Sacramento Police Department chased him into his grandmother’s backyard and shot at him 20 times, killing him. His death ignited widespread protests in the capital city and prompted the city and the state to change their policies around the use of deadly force by police officers.

In October 2019, the city agreed to pay $2.4 million to Mr. Clark’s two sons, then ages 2 and 5, after his family filed a wrongful-death lawsuit against the city and the two officers involved in the shooting. A later court ruling left his parents as the sole remaining plaintiffs, the statement said.

The two officers who shot Mr. Clark, Terrence Mercadal and Jared Robinet, did not face criminal prosecution. Both officers are still employed by the police department, a police spokesman said.

The officers had been dispatched to investigate reports of a person breaking car windows in the south Sacramento neighborhood of Meadowview on the night of March 18, 2018.

Officers then fired at Mr. Clark, the department said, because they believed he was holding a gun. Mr. Clark was unarmed, and a cellphone was found under his body.

The officers shot at Mr. Clark 20 times. He was hit by at least seven bullets, according to an autopsy released by the Sacramento County Coroner’s Office in 2018.

An analysis of police video footage by The New York Times found that the police officers continued to shoot Mr. Clark after he had fallen to his hands and knees.

The killing ignited protests to demand accountability, with demonstrators stopping traffic in downtown Sacramento and on a major interstate that runs through the city.

Mr. Clark’s brother, Stevante Clark, said at a news conference on Friday that he would continue to call for the officers involved to be fired, charged and prosecuted, the local NBC affiliate KCRA reported.

Stevante Clark said that he had organized a protest for Saturday afternoon and that events would be held throughout the weekend in honor of what would have been Stephon Clark’s 27th birthday on Aug. 10.

“Stephon Clark’s death was a tragedy that brought pain and sorrow to his family and to our entire city,” the mayor of Sacramento, Darrell Steinberg, said in the city’s statement about the settlement. “Everyone wishes this heartbreaking event had not occurred.”

Investigations by the city, county and state and federal agencies found that the officers acted within the rules of the police department and the laws of the state.

“The fact that the officers acted within the law does not diminish the tragedy of what occurred,” Ms. Alcala Wood said in the statement. “This case has led our city to implement meaningful improvements to policy, and it will continue to do so.”

Mr. Clark’s death prompted California to raise the legal standard for when police can use deadly force to “only when necessary in defense of human life.” Previously, the law allowed for the use of deadly force when “reasonable.”

Fresno given more than $17 million for transportation services