Sacramento’s Measure L explained: Here’s what you should know about the proposed youth fund 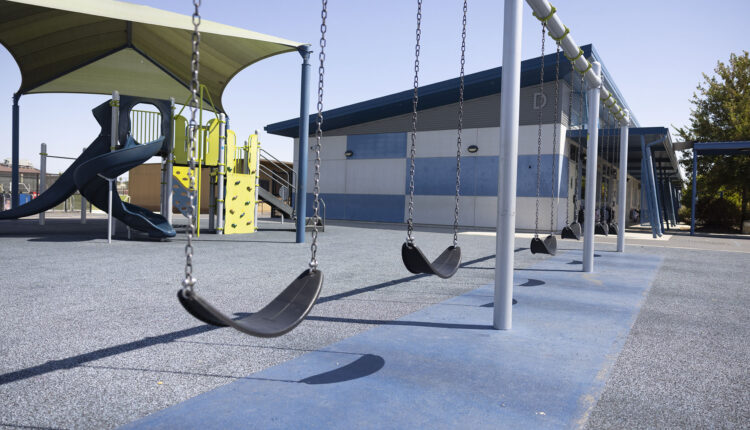 This November, Sacramento voters could impact the way the city funds youth programs and services — the third attempt in six years to establish a dedicated funding stream in the city’s budget.

Measure L, also known as the “Children and Youth Health and Safety Act,” would amend the city charter to create an ongoing Sacramento Children’s Fund using unrestricted dollars — around $10 million a year — from the city budget. That’s the rough equivalent of 40% of the money the city earns through taxing cannabis sales.

The fund would support “positive youth development and youth violence prevention programs,” according to the measure’s text. While the city spent $38 million in the past fiscal year on youth programming and services — with $6 million going to community-based organizations focused on serving youth in underserved Sacramento neighborhoods — much of that money came from one-time state and federal funds.

Here are answers to more questions about the measure, including what oversight for the children’s fund would look like, the arguments for and against passing Measure L and how the measure landed on the ballot.

What oversight will there be for the Sacramento Children’s Fund if created?

The fund would be overseen by a nine-person advisory committee — open by application to community members — working in partnership with the city’s Youth Advisory Commission.

Monica Ruelas Mares is an organizer with the SacKidsFirst coalition, which is spearheading the Yes on L campaign.

She said the Youth Advisory Commission “will play a big role in influencing where that money goes and would work with that [Measure L] committee to identify the strategic plan: Where are the gaps? Where does the city not have as much resources for youth as they could? And let’s start there.”

While it would make recommendations to the City Council about how to spend the money in the fund, the council would have the final say in any funding decisions.

Rures says allocation of the funds would happen through an “open and competitive grant process,” in which interested groups — from existing city agencies to community-based organizations — could apply.

“If the city has existing programs and infrastructure, and our community-based organizations are doing work that’s complementary to that, or work that fills in those gaps,” she said, “we want to make sure all of those programs and services are considered within this fund.”

The committee would develop metrics to measure the effectiveness of service programs and youth outcomes to track the funding’s impact.

Youth, as defined by the measure, are anyone under 25. According to county datain 2022, youth are 32% of Sacramento’s population.

The phrase “positive youth development and youth violence prevention programs” written in the measure’s text casts a broad umbrella, and can be:

Ana Taukolo, director of youth programs at Alliance for Education Solutions, said her organization would benefit from the funds. The nonprofit provides mentorship and civic and community engagement programs for underserved youth through partnerships with other community organizations.

“I really love when there’s a lot more hands-on, tangible experiences for young people, like field trips and getting connected to jobs and businesses,” Taukolo said. “I think those experiential opportunities that are out there for young people are sort of hard to find … and so hopefully, we can have more of that with the passing of Measure L.”

Any nonprofit programs and services that receive money through the Sacramento Children’s Fund will need to have their plan for how to spend the funds approved by City Council. They should also be provided through “qualified organizations”, defined as non-profits or public agencies.

Between 10-20% of the funds can be used for staffing and administrative costs.

What is the history of similar measures on the ballot? In the state?

Measure L is the third measure in the past six years attempting to establish a more dedicated funding stream for youth programs and services in the Sacramento city budget. Those measures — Measure Y in 2016 and Measure G in 2020, respectively — would have also created oversight committees to manage the proposed fund’s usage, but proposed different funding sources for the children’s fund.

in 2016, eBay Sacramento anonymously surveyed youth in Sacramento-area schools about what they felt were their greatest needs. They asked: “If you had $1,000,000, what type of services would you fund and what would that go towards?”

The most frequent answers: Mental health resources and workforce opportunities.
“Youth needed support, but they also wanted opportunities to get paid,” said Mares with SacKidsFirst, who also works with Youth Forward, a group advocating for more public investment in youth programs.

The response led to a growing coalition of community-based organizations in the area — including EBAYC, YouthForward, Hmong Innovating Politics other Pro Youth and Families — to push for more funding and subsequent ballot measures.

Six years ago, voters said no to Measure Y, which would have increased the tax on certain marijuana businesses from 4% to 5% and used the additional 1% to create a fund for youth services. That measure fell short of the two-thirds vote it needed to pass.

More recently, in 2020, Measure G — which SacKidsFirst placed on the ballot through petition — would’ve established a guaranteed fund for youth programming and services for 12 years using 2.5% of unrestricted city funds. Voters rejected the measure at the ballot box.

This year’s Measure L landed on the ballot by an 8-1 vote from city council members in July, with current District 3 council member Jeff Harris the sole no vote. He opposed both Measure Y and Measure G.

Voters in the city of Richmond created a similar fund and oversight committee in 2018. In 1996, Oakland created the Oakland Fund for Children and Youthwhich was subsequently renewed by the Oakland City Council in 2020. City money for that fund was reduced in 2009 due to the economic downturn and a forecasted city budget deficit.

What differentiates Measure L from Measures Y and G?

Unlike Measure Y, Measure L — like the proposed Measure G — would not increase city taxes.

Under Measure Y, the city’s tax on marijuana cultivation and manufacturing businesses would’ve increased from 4% to 5%, with all that revenue put toward a Sacramento Children’s Fund.

Alternatively, with Measure G, 2.5% of the city’s unrestricted funds would go toward the children’s fund.

Measure L, by comparison, uses “40% of the unrestricted funds the city earns through taxing marijuana sales” as a barometer for the amount of money that would go toward the Sacramento Children’s Fund — the least compared to all the previous measures.

Measures Y and G did not include a commitment for the Sacramento Youth Advisory Commission to work with the fund’s oversight committee.

What do supporters say about Measure L?

Supporters like the SackKidsFirst coalition contend that a city’s budget reflects its priorities, and if Sacramentans want their city to invest in its youth, they should vote yes on the measure.

Taukolo with the Alliance for Education Solutions grew up in Sacramento and says Measure L is a measure “led by youth, for youth.”

“I am a product of what it looks like to invest in children and youth services because I myself was a part of the Youth at City Council program and was able to get introduced to places like City Council,” she said.

Leo Hsu, a junior at West Campus High School, is the chair of the Sacramento Youth Advisory Commission and has been canvassing for Yes on L. He says it’s an opportunity for people to vote for something that will “not only do good for them, but for their family, their friends and their relatives, and people in the future.”

The measure’s focus on “youth violence prevention programs,” Hsu says, means “it’s not just going to be blanket funding, the funding will be targeted to help decrease inequity in Sacramento communities.”

He says many of the people in the SacKidsFirst coalition are people of color who come from disadvantaged backgrounds.

“We all kind of know what it’s like to have to receive less from institutions, to have clawed back from that and face that kind of disregard, and we want to do something so youth of the future won’t have to deal with that at such a young age,” Hsu said.

What do opponents of the measure say?

At a debate hosted by the East Sacramento Community Association on Sep. 28, Council member Harris, who represented the opposition to Measure L against fellow Council member Jay Schenirer, said passing the measure would limit the city’s flexibility to respond to other issues affecting youth by putting funds “in a lockbox.”

“On any given Tuesday, the council — with five votes — can take money and give it to youth programs,” Harris said. “Our job as council members is to be fiscally responsible. The spending on youth is not fiscally irresponsible, but creating a cash lockbox absolutely is.”

He points to Oakland’s Measure OO being replaced in a special election by Measure D — a move that cost Oakland $1.5 million — as a potential outcome if Measure L passes.

Former Sacramento Mayor Heather Fargo also opposes the measure. She argues that health and welfare are under county — not city — purview and says the idea that the city only funds youth services in little pockets is “a misnomer.”

“Everything the city does serves most of its citizens,” she said. “It serves adults, but it also serves youth when you have traffic signals, or bike trails that go to parks, or parks that are maintained and community centers that are open, [and] library service.”

She says a more effective and efficient way to support youth in the city would be to forge more comprehensive partnerships between the city, county, local school districts and community groups.

“I think there certainly are gaps that need to be filled,” Fargo said. “I think it’d be helpful if we knew where they were, and if we could even understand why. Let’s get youth involved, and let’s get the nonprofits and everyone else who has a stake involved, decide: ‘What do we need to do better? And how do we get there?’”

What percentage of the vote does the measure need to pass?

For more on the 2022 election and other Sacramento-area measures on the Nov. 8 ballot, head to capradio.org/election.