Sacramento’s Only Base Exchange to Close, Angering Area Shoppers 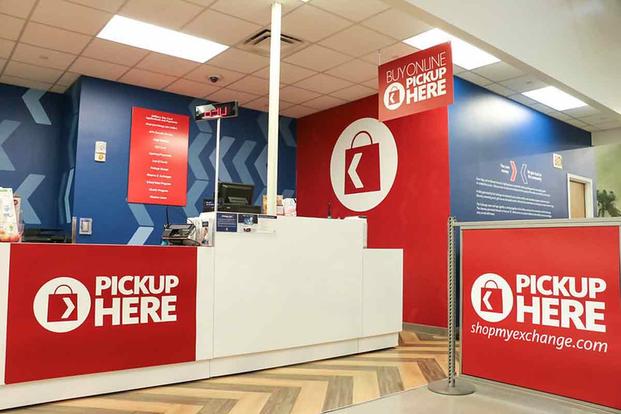 The only base exchange near Sacramento, California, is closing Saturday, upsetting many area veterans shopping for deals ahead of the holiday season.

McClellan Air Force Base closed in 2001, leading to low foot traffic at the base exchange located in nearby McClellan Park. The store will close Nov. 26, Army and Air Force Exchange Service spokesman Chris Ward said.

“McClellan AFB closed because of Base Realignment and Closure in 2001,” a program used by Congress to shutter unneeded facilities, Ward said in a statement to Military.com. The exchange service “maintained a BX at McClellan Park for more than 20 years. The absence of a military mission, combined with significant decreases in customer demand, requires the closure of the BX.”

Read Next: The Navy Begins Major Revamp of Promotions, Starting with Master Chiefs

Sacramento-area veterans now will have to travel an hour north to Beale Air Force Base in Yuba County or an hour southwest to Travis Air Force Base in Solano County to shop in-person at the nearest exchange stores.

Ward said it’s the first closure of an AAFES exchange since 2019, when a store at Yongsan Garrison in South Korea transitioned to Camp Humphreys facilities, about 50 miles away by road.

Military exchanges offer food courts, tax-free retail shopping and services such as haircuts at low cost for all eligible service members and veterans. The McClellan Park Base Exchange opened in the mid-1980s and remained open 20 years longer than the Air Force base to which it was attached.

Area veterans have complained extensively to local California media about the exchange being closed.

Army veteran Joe Margolies said retirees often don’t have a lot of flexibility when it comes to shopping, and they rely on discounts provided by a base exchange.

“I’m a military retiree so I’m definitely on a fixed income,” Margolies told KRCA 3. “This makes it even more important, especially for people counting pennies and couponing.”

As Americans grapple with inflation, some veterans and service members have found relief in shopping at base exchanges. Phillip Roberts, an Air Force veteran who lives in Sacramento, said the closure is a big hit to the military community.

“It’s slapping the face of every veteran in Sacramento,” Roberts told ABC 10. “At the BX, you’re talking anywhere between 30% to 60% savings.”

Ward told Military.com that eligible customers in the Sacramento area can continue to shop on www.ShopMyExchange.com.

AAFES expanded its online shopping options during the pandemic, according to its 2020 and 2021 annual reports. While it still represents only a fraction of the stores’ overall sales — e-commerce jumped from 4% of total revenue in 2019 to 7% and 8% in 2020 and 2021, respectively — some veterans believe the decline in foot traffic is inevitable for locations such as McClellan.

“No customers, way fewer,” Bud Haas, a retired Air Force major, told The Sacramento Bee about the base exchange. “I think they should’ve closed it a long time ago.”

Earlier this month, Military.com reported that the Air Force was closing hotels at eight bases across the country as military-run lodging continues to struggle to bring in customers after a 2018 policy stripped the inns of taxpayer funding.

In October, Military.com reported that United Service Organization, or USO, facilities across the country have been suddenly closing their doors after seeing a decrease in foot traffic at some locations.

Related: Hotels at Air Force Bases Across the Country Are Closing

© Copyright 2022 Military.com. All rights reserved. This material may not be published, broadcast, rewritten or redistributed.