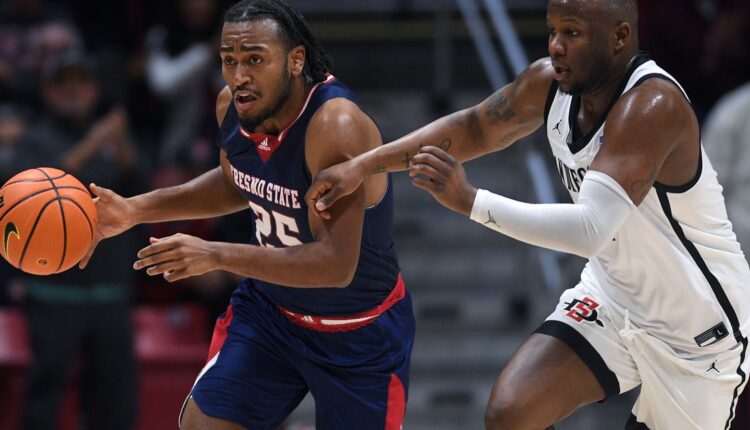 How to Watch (and bet)

It’s hard to be off to a worse offensive start than Hill so far this year. He shot better than 37.5% on 3’s each of the past 2 seasons but is just 1 of 12 so far. At some point he’ll snap out of it but the Huskies hope it’ll be tomorrow rather than tonight. Last year he played more point guard but has primarily been off the ball this season and hasn’t seemed to adjust well.

Campbell started off his career at Oregon State but is off to a career best start so far this year scoring in double figures and averaging better than 1 block per game as a 6’4 guard. He’s adept cutting to the basket and while he can knock down an open 3-pointer on occasion that isn’t really his game.

Baker started off his career at Kentucky, transferred to Arizona, and then finally to Fresno before last year. He was strictly a 3-point specialist with the Wildcats off the bench under Sean Miller then last December suffered a season ending knee injury before he could get going. Baker has hardly taken any 3’s this year so far which is a shock since those were the majority of his attempts throughout his career. Similar to Hill he’s also off to worse than expected shooting start and is liable to break out at any moment.

Fresno loves to play 4 guards and rotate through a stable of 6 of them that are either 6’4 or 6’5. That means that a guy like Holland ends up playing as an undersized power forward and has done a pretty good job of it so far. Despite that role on defense he prefers to stick behind the arc and shoot 3’s. For good reason since he led the Mountain West in conference play last year making 48.5% of his long-range attempts.

It has been a winding road for Moore who is on his 4th school in 4 seasons from College of Charleston to St. John’s to Southern Miss to Fresno State. He averaged 13 and 7 at USM last year and has put up almost identical stats so far for Fresno. Moore is a good rebounder and shot blocker but not quite elite at either. He’s capable of stepping out and knocking down a 3-pointer but at 30% career it isn’t his strength. So far this year he is drawing fouls at a career high rate playing exclusively center.

Last season Fresno State revolved entirely around Orlando Robinson who may have been the most criminally underrated player in the country. He averaged an incredible 19.4 points, 8.4 rebounds, 2.9 assists, and 1.2 blocks per game on 35.2% 3-pt shooting. Replacing a do-everything superstar such as that is always going to be tough but Fresno has really struggled so far.

After beating D2 Fresno Pacific, the Bulldogs are on a 3-game losing streak against three other pretty good mid-majors at UC Santa Barbara, San Francisco, and North Texas. All three are better than any team the Huskies have played so far this season and so Fresno is still a step up in competition.

The reasons for why the Bulldogs are winless against D1 competition is pretty clear. Their offense has been completely stuck in the mud shooting just 25% as a team from 3-point range. They also rank 343rd in assists per field goal made and 344th in offensive rebounding, and 257th in turnover rate. That’s pretty much the quadfecta of terrible offense. Essentially nothing they’ve done so far on that end of the court has worked.

That shouldn’t necessarily be a surprise. Fresno wants to be a 4-guard team with a bunch of 6’5 wings providing enough size and shooting to outscore an opponent despite giving up some size on the interior. That strategy doesn’t really work when you shoot 25% from deep as a team and none of them are true point guards, Everyone is shooting below their career averages so it’s unclear if the Bulldogs have started out extremely unlucky with their shooting or it’s reflective of poor chemistry and offensive structure. Although per Synergy Sports they’re making 39% of unguarded catch and shoot looks and just 21% on contested ones which suggest it’s more about shot selection.

Considering the size they give up at the 3 and the 4 spots, Fresno’s defense hasn’t been the problem so far this year. Opponents are nearly dead last in average length of possession so they make teams work and don’t give up quick baskets. Half of their opponents’ shots have come from behind the 3-point line as they’re willing to give up long range shots by packing the paint to protect their center. It has worked since opponents are shooting 26.7% from deep. That could be an issue for a Washington team that would love to get the ball to the hoop and is streaky from the outside.

This is a game the Huskies really should win. Fresno State is probably better in the long term than Cal Baptist but that’s a game Washington also should’ve won. Washington got 8/21 shooting from the Kei(y)on’s against Cal Baptist and that has to improve over the next 2 days. They also haven’t been able to find an identity on either end of the court with the absences of Brooks and Noah Williams. Hopefully having almost a full week off with Brooks healthy enough to practice will help that coalesce a little.

Washington really can’t lose the Braxton Meah revenge game against a Fresno State team with no one averaging over 5 minutes per game that’s bigger than 225 pounds, right? Right?

The Huskies will play the winner/loser of Vanderbilt/Saint Mary’s on Thanksgiving night depending on the outcome of this game.

Sacramento’s Only Base Exchange to Close, Angering Area Shoppers