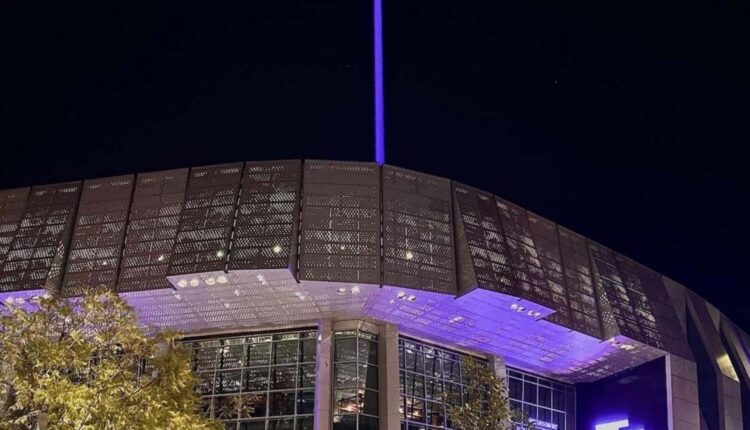 If you have scrolled through NBA Twitter over the last couple of weeks, you’ve likely seen the phrase “light the beam” somewhere. If you’re wondering where it came from or what it means, you’ve come to the right place.

The Sacramento Kings have been one of the best stories in the NBA early on in the 2022-23 season — a feel-good team that everyone should be able to get behind.

The Kings have been historically bad over the last decade and their 16-year playoff drought is currently the longest active streak in United States professional sports, failing to qualify for the postseason since 2005-06.

Sacramento didn’t enter this season with any sort of lofty expectations — it had an over/under win total of 33.5, the eighth-lowest in the league — but the Kings have defied any projection models to this point, owning the third-best record in the Western Conference.

Behind rising star De’Aaron Fox, All-Star forward Domantas Sabonis, key offseason additions like Malik Monk and Kevin Huerter, and new head coach Mike Brown, the Kings have established themselves as one of the best offenses in the NBA.

They’re currently riding a seven-game win streak — the franchise’s longest streak since 2004 — and there seems to be a winning culture building in Sacramento in the form of a purple beam that shoots into the sky after victories.

Learn more about the Kings’ “victory beam” below.

MORE: The message board that shaped the NBA’s analytics movement

What is the Kings’ victory beam?

The Kings introduced the idea of ​​the “victory beam” — a purple beam of light that shoots out of the Golden 1 Center roof into the sky after every win, home or away — on Sept. 16.

During the Kings’ seven-game win streak, the phrase “light the beam” has taken a life of its own.

The fans have begun to chant “light the beam” in the arena following wins.

A “light the beam” chant breaks out at @Golden1Center!!! pic.twitter.com/QSgpZvnOIV

The players have even gotten in on the fun, slamming a huge “Kings Win!” button after home wins to “light the beam” outside the arena.

How does the Kings’ victory beam work?

According to Front Office Sports, the beam is powered by four lasers capable of producing 1,000 watts of RGB laser power, making it “the brightest full-color laser equipment in the world.”

The beam stays on until midnight PT after every Kings’ victory, and the franchise had to receive approval from the Federal Aviation Administration to use it.

Where did the idea of ​​the Kings’ victory beam come from?

Kings co-owner and chairman Vivek Ranadive wanted fans to have something to look forward to every time the Kings won a game, building the organization’s engagement and culture.

Ranadive’s friend, David Kelley, suggested the franchise needed something that would mark a Kings game as something that’s “going to be unique, it’s going to be special, and you look forward to it.”

John Rinehart, the team president of business operations, drew some inspiration from the Los Angeles Angels’ “victory halo,” giving passing by fans something to see to know their team was victorious that day.

“We toyed with different ideas,” Randive told NBC Sports California. “Do we light up the Capitol building? Do we light up [Tower Bridge]? What do we do? But we really wanted it emanating from our building.

“It’s become almost like a beacon of hope for everyone.”

The trio of ideas led to the “victory beam,” which has been a major hit across more than just the Kings’ fanbase, but the NBA community as a whole.