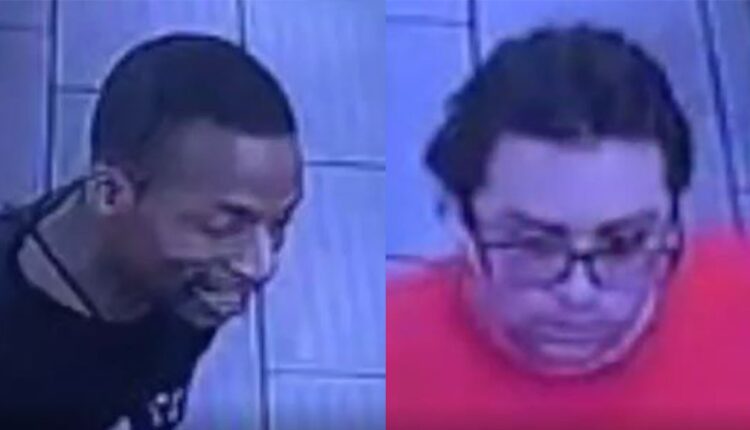 Fresno, Calif. (KSEE/KGPE) – Two men who robbed a 7-Eleven in Fresno while brandishing a weapon at the clerk are now wanted by officers, according to the Fresno Police Department.

Police say that on Nov. 11 at approximately 11:30 pm three suspects entered the store at 4218 East Clinton Avenue. While inside, the two male suspects stole various items. Both of them approached the counter where they continued to select items and conceal them.

According to police, the first suspect then grabbed an item scanner from the front counter. When confronted by the clerk, the second suspect lifted his shirt showing a handgun located in his waistband. They then proceeded to leave with the stolen items.

If anyone has any information that could identify the suspects, the Fresno Police Department asks to please contact Detective Albert Avelar (559) 621-6328 or via e-mail at [email protected]