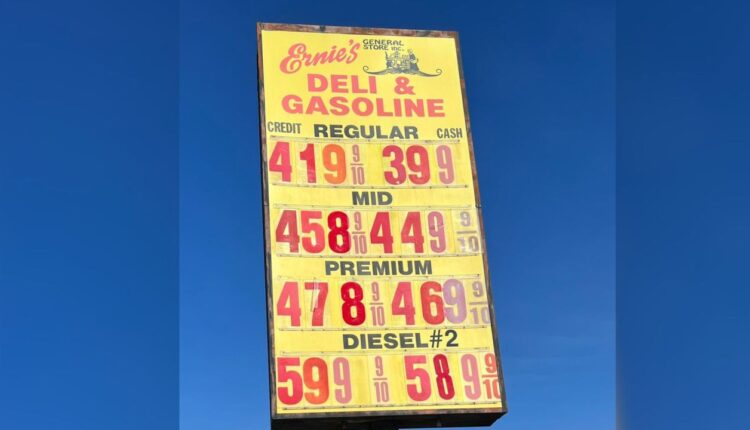 STOCKTON, Calif. (KTXL) — A Stockton gas station is lowering their gas prices ahead of the Thanksgiving holiday weekend as a way to say “thank you” to their customers.

Ernie’s Deli and Gasoline dropped their prices by 70 cents to $3.99 a gallon for unleaded gasoline for customers paying cash. Prices for premium and diesel were also lowered.

“Fortunately the suppliers gave me good prices for yesterday and today and I want to show thanksgiving to all my customers, the loyal customers that I’ve had for 44 years and any additional customers that come up and down the road,” Ernie Giannecchini, the owner of Ernie’s Deli and Gasoline said.`

Rain and snow expected in the Sacramento area after a windy and dry Thanksgiving, NWS says

Giannecchini said that he hopes that this will help drive gas prices down and that he plans to keep gas prices low as long as supplies give him a good price.

Patrick De Haan, the head of petroleum analysis at Gas Buddy, told KTLA that he predicts Thanksgiving travel will be the “most expensive we have ever seen,” despite prices being lower at the pump.