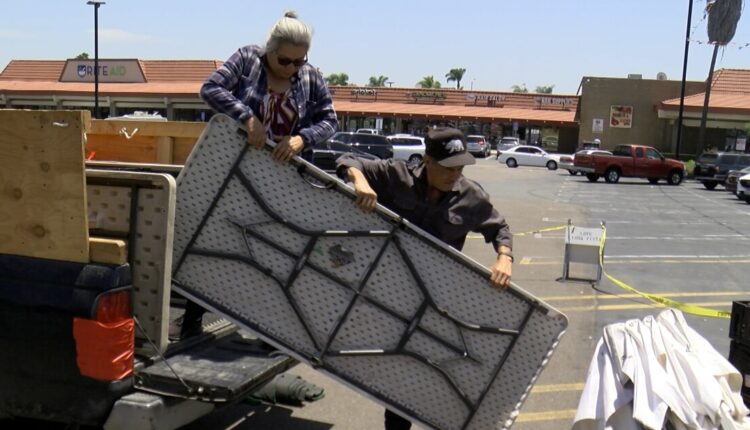 Berta and Santiago Soto were unloading their farm grown produce at the new farmer’s market in Linda Vista on Thursday, but their minds were preoccupied with the high cost of traveling to farmer’s markets from their farm in Fallbrook.

“Gas prices have had a tremendous impact on the cost of operations of our small family farm,” Berta said in Spanish. “We’ve had to increase prices, but we can’t increase them so much because then we won’t sell anything, but sometimes we can’t even cover the cost of gas.”

They’re far away from Sacramento, but what is done there will affect them. Right now politicians are trying to figure out what to do with the nearly $90 billion surplus and the budget in general, which must be hashed out by June 15.

On Wednesday, legislative leaders announced an agreement for the nearly $240 billion budget. It includes an $8 billion relief fund for Californians struggling with higher gas prices and inflation. Part of that relief would come as rebates of $200 per taxpayer and dependent.

Berta and Santiago hope that might include relief for higher prices at the pump, which are seeing their way into everything they do and will affect the future of their farm.

“We often think about closing the farm,” she said. “We work so hard, and it’s all for nothing sometimes — we just can’t make a profit.”

He said his 7th District office had been flooded with emails and calls from constituents who want something done about inflation. “And they want to know what sort of subsidy can they get, what’s the plan at the state, what are the governor and the legislature thinking about doing, because it really is making families stretch even more thinly,” Campillo said.

“What I really want to see is something happen — something sooner than later,” he said. “I think the governor and the legislature need to negotiate a more quick solution to the problem.”

Berta has a message for Sacramento, too: “Yes, please help us more because we just can’t make it, not like this.”