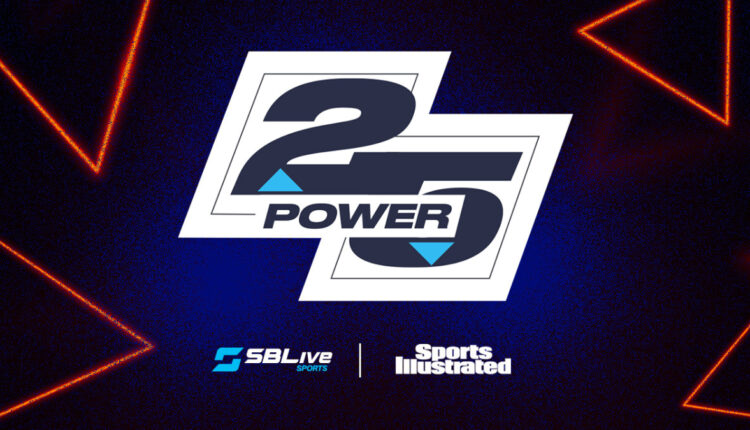 If not for an upset in the CIF Southern Section, there would have been very little movement in the first Power 25 update of the 2022-23 regular season.

That should change soon.

The week of Thanksgiving provides some of the best high school basketball matchups on a yearly basis. With schools off for the holiday, most of the nation’s top teams travel to compete in tournaments and showcases loaded with big-time players and programs.

There are several of such events this year, and each one will give us a chance to see multiple Power 25 matchups.

After preseason no. 11 Donda Academy lost its entire roster to transfer following controversy fueled by founder Kanye West, and No. 21 Hillcrest Prep dropping out of the rankings, spots opened up for Calvary Christian (Fort Lauderdale, Florida) and Modesto Christian (Modesto, California) to join the mix.

Find the complete breakdown of the first update to the SBLive/SI Power 25 below:

The Power 25 is a collaboration between SBLive and Sports Illustrated. Power 25 rankings are compiled by SBL Live reporter Zach Shugan other SI Director of Basketball Recruiting Jason Jordan based on observations and conversations with an extensive network of coaching and media sources across the country. Reach Zach on Twitter @ZachShugan or email him at [email protected]

Montverde rolled to a 101-28 preseason victory last week, but the competition level is about to be raised for the Eagles. The defending national champions will open their regular season this week with a trip to Hoopfest Utah, where they’ll meet up with the No. 2 teams in the nation.

It’s tough to move AZ Compass into first place when the team ahead of them hasn’t lost yet, but the Dragons look strong two weeks into their season. They’re set to take on top-ranked Montverde and No. 3 Sunrise Christian on back-to-back days at Hoopfest Utah, so there’s a chance for movement at the top of the rankings.

up next: Nov. 25 vs. TACA at Dallas Hoopfest

The Lions opened the season with wins over SEMO Prep (Missouri) and Lang Prep (Arkansas) ahead of a victory against Accelerated Schools, which boasts five-star center and Arkansas signee Baye Fall.

up next: Nov. 22 vs. American Fork (Utah) at Hoopfest Utah

Sunrise Christian opened its season with wins over Colorado Prep’s high school and post-graduate teams. This week, the Buffaloes will be competing in Hoopfest Utah, a two-day event where they’ll take on local school American Fork and No. 2 AZ Compass Prep.

up next: Nov. 25 vs. The Skill Factory at Holiday Hoopsgiving Atlanta

Prolific Prep has impressed early in its regular season slate. The crew won 103-66 over Colorado in their most recent outing, led by 20 points and 11 boards from Miami commit Michael Nwoko.

up next: Nov 29 vs Bayshore

IMG tipped off its slate with a pair of victories over in-state teams. The Ascenders won 82-18 over Canterbury and 57-44 over Charlotte.

up next: Dec 16 vs No. 9 Duncanville at Holiday Hoopfest in Bahamas

up next: Dec 10 vs Cherry Hill East

up next: Nov. 21 vs. McEachern (Georgia) in Memphis

The Panthers beat Brennan 73-65 after trailing by six at halftime, and they edged out five-star combo guard Tre Johnson and Lake Highlands by one point on Saturday. The road ahead won’t get any easier, as they’ll see five-star wing Ace Bailey and McEachern (Georgia) on Monday. Then they have matchups with No. 10 Corona Centennial and No. ? Columbus later in the week.

up next: Nov 21 vs Liberty Magnet (Louisiana)

The Huskies tipped off their season with a road win against Mikey Williams and San Ysidro. Around the corner is a Saturday road game at No. 9 Duncanville, the last team Centennial lost to before embarking on its current 32-game win streak.

up next: Nov. 25 vs. Denton Guyer (Texas) at Dallas Hoopfest

The preseason no. 2 team in California opened up with double-digit wins over Venice, Santa Monica and Bakersfield Christian. The Wolverines will head to the Lone Star State to take on Denton Guyer and Prestonwood this weekend.

up next: Nov. 25 vs. Southern California Academy at Holiday Hoopsgiving Atlanta

Combine has passed its first eight tests, but its biggest one of the young season is coming up. The Goats will travel to Atlanta for a Black Friday meeting with Southern California Academy, which features five-star guard AJ Johnson and four-star center Isaiah miranda

up next: Dec 2 vs. Christ the King (New York) at Hoophall International in London

up next: Nov 26 vs Rancho Christian

Sierra Canyon opened the season with an 85-53 victory against King/Drew and followed it up with an 85-24 win over Cleveland. And yes, LeBron James was in attendance for both games to watch his sons Bronny and Bryce.

up next: Dec 3 vs St Frances (Maryland)

up next: Nov 21 vs North Gwinnett

Recent USC commit Isaiah Collier and Wheeler tipped off their Saturday night season with an emphatic 76-52 win over Etowah. Next weekend, the Wildcats will have a shot at Grovetown, the team which knocked them out of the state playoffs last year.

up next: Nov 23 vs Joliet West

Has not started its season

up next: Nov 26 vs Quality Education Academy

Word of God dropped its season opener to Our Savior Luthern, a member of the OTE league, and then lost to one of Overtime Elite’s three teams loaded with elite prospects. They bounced back with wins over Overtime Elite and No. 21 Hillcrest Prep.

up next: Nov 26 vs Modesto Christian

After starting the season 3-0, Notre Dame fell by two points to Texas Tech commit Jazz Gardner and the West Ranch Wildcats in the championship game of the Paul Sutton Classic. The Knights were without Duke commit Caleb Foster and Houston commit Mercy Miller for the first two games of the season, as the two transfers waited to see if they would be granted eligibility.

up next: Nov. 25 vs. No. 9 Duncanville at Dallas Hoopfest

up next: Dec 3 vs. Cathedral (Indiana) at Sneakers for Santa Shootout near Indianapolis

up next: Nov 21 vs Eastmark

The back-to-back state champions nearly made the preseason Power 25 with a squad that includes Memphis signee Carl Cherenfant on the wing, four-star senior Jaylen Curry at point guard and three-star junior Ethan Lathan down low. The Eagles made the jump into the rankings without playing a game thanks to Donda Academy folding, so they’ll begin their season this week with a number next to their name.