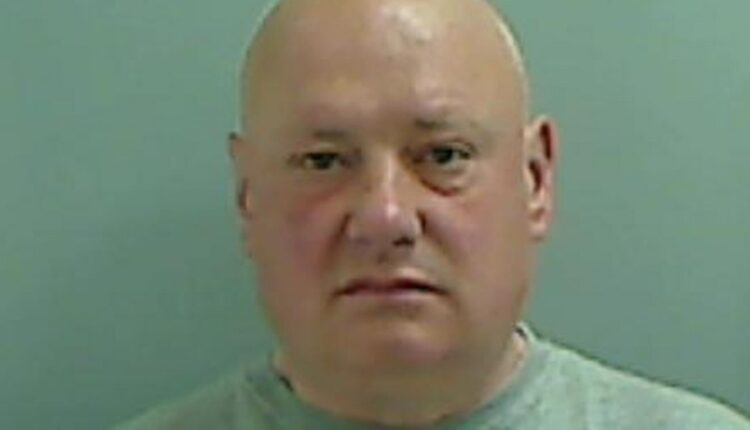 A Stockton rapist who previously served a life term in jail for rape and two sexual assaults, has been handed another life term in prison.

Philip Hann was jailed in 1994 for a minimum of twelve years, after a terrifying campaign that saw him follow and attack women out walking alone in Hartlepool. Wearing a balaclava and brandishing a knife, he raped one woman and seriously sexually assaulted two others.

READ MORE:Face of evil: Predator hunted young children on social media before threatening to expose them

Shortly before lunchtime, a woman who was walking near Portrack Marsh on the Tees Barrage, heard a noise behind her and turned around. She was confronted by Hann – who was wearing a balaclava and holding a knife.

He grabbed her, held the knife to her face, and dragged her away. On Monday, Teesside Crown Court heard that Hann then tried to pull the woman through a hole in a nearby wire fence.

In a statement, the woman said she was terrified, and that she thought she was going to be raped. She put up a struggle, saying she was determined not to let him drag her through to nearby wasteland.

When she started to cry, Hann suddenly gave up. He told her to go and she ran off. Hann ran in the opposite direction. The woman turned and saw him stop, and run back through the hole in the wire fence.

Prosecutor Robin Patton told the court that the woman then stopped to call the police. A witness walking on the Tees Barrage saw her in a distressed state, physically shaking.

Mr Patton said that a dog walker had been so concerned after seeing Hann behaving suspiciously earlier on, that when he saw two police officers, he gave them a full description of Hann and then pointed in the direction that he had last seen him. The dog walker said that Hann looked like he was trying to cover his face and hide something, when he spotted him on a grass area, away from the path.

Police found Hann and arrested him. They also found some of his clothing that he had discarded – including a jumper that matched the description his victim had given them.

The clothing, along with Hann’s jacket which was found in Portrack Marshes, had Hann’s DNA on it. Police also found Hann’s mobile phone, partly submerged by water, under leaves and twigs.

The prosecution said that an examination of the phone showed that Hann had been following and photographing females for five weeks before carrying out the attack. Some of the pictures he had taken were of schoolgirls, and most of the photos showed women out walking in isolated areas, often before 7am.

The Patton said that the photos that Hann had taken showed, “an escalation in the frequency of his behavior leading up to the kidnapping of his victim. It is clear that this sort of activity had been in his head for some time. This offense is so similar to his previous offenses.”

There were also photos taken on the day he kidnapped his latest victim – showing that he had been in the area waiting. Police found some jogging bottoms in Hann’s home – which he had cut up and used to make a DIY balaclava.

Philip William Hann, of Skinner Street in Stockton, pleaded guilty to kidnapping with the intention of committing a sexual offense, as his trial was due to begin. He admitted the possession of an offensive weapon in a public place, at an earlier hearing.

Hann kept his head bowed as the court heard a statement from his latest victim. She said she has a small scar from where he had pressed his knife against her, which is, “..a constant reminder to me everyday, of what happened to me.

“I have nightmares – often dreams where I see myself being chased. I have been prescribed sleeping tablets. I used to be so carefree but I cannot bring myself to go out walking alone. I feel panicked and scared of strangers.

“I look at men and wonder if I’m going to be attacked. This is not fair on men but I feel vulnerable and scared. Coming to court today has been the worst day of my life bar the day it happened.”

The court heard that Hann attacked three women, in Hartlepool, 27 years ago, in a terrifying campaign that saw him drag a 19-year-old who was walking home from college, into a driveway. He put a balaclava on her, had a hand around her neck and held a brick above her. He sexually assaulted her before raping her twice.

In 1991, Hann grabbed a 17-year-old girl who was walking on Crawley Road. He held his hand over her mouth and a knife to her throat. He sexually assaulted her in some allotments.

In 1993, he attempted to strangle a girl he dragged into allotments near Catcote Road; again he was wearing a mask and had a knife.

Vince Blake-Barnard, defending, said that Hann accepted that he intended to commit a sexual offense when he kidnapped his latest victim from the Tees Barrage, and that he had said: “I had not thought what form this would take but at no time did I intend to rap.”

Mr Blake-Barnard said that unlike Hann’s previous offending, “In this case, upon the resistance and upset of the victim he released her and told her to get away. He’s clearly softened slightly on his approach in achieving what he wanted.”

Mr Blake-Barnard said that his client, “is deeply upset about the upset he’s caused and impacted on this young lady.” The court heard that Hann has a low IQ and has been diagnosed with a learning disability.

Judge Christopher Smith sentenced Hann to a life in prison, with a minimum term of seven years and two months.

The judge told Hann: “Your latest attack bears a disturbing level of similarity to those offenses you committed in the 1990’s. You lived in the community since your release for just over two and a half years.

“But for a proportion of that time, unknown to probation, you had been following women and photographing them. Your offense is so serious that life imprisonment is required.

Hann wants to be on license for the rest of his life.

After sentencing, Detective Sergeant Sarah Beadle from Stockton CID, said: “This was a terrifying experience for the woman involved and I’d like to thank the many members of the public who comforted her and ensured she felt safe while waiting for police to arrive . Her bravery and foresight in remaining at the location so she could give more information to officers was truly remarkable and it also meant Hann was apprehended and arrested very quickly.

“Hann is a sinister and dangerous individual who acted brazenly in broad daylight in a popular outdoor location – where everyone should be free to enjoy themselves without coming to any harm.

“He then repeatedly denied his intentions, adding to the victim’s distress. It was only late on in the court process that he finally admitted he had attempted to kidnap his victim with the intent of then committing a sexual offense.

“Again I must commend her bravery and determination to see justice done. I’m sure I speak to everyone involved in the investigation in wishing her well and we all sincerely hope today’s result will help her move forward.”