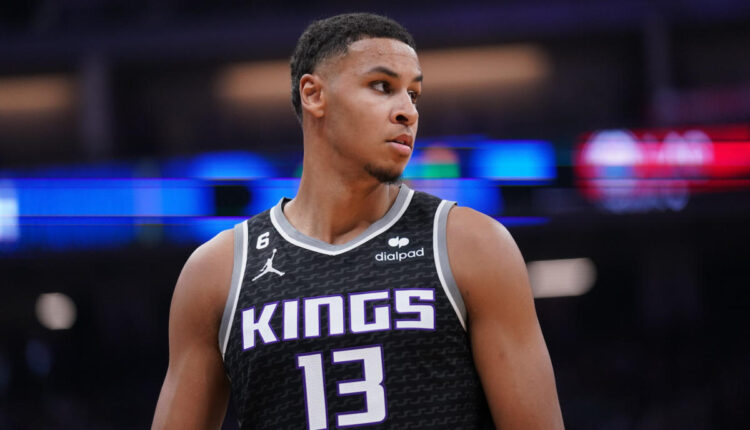 What a debut it was for Keegan Murray!

It’s amazing what a couple of months can do for a player. When Murray was drafted, there were a lot of detractors of the pick in the national media. Lot of people and pundits questioned passing up on fellow Big Ten star Jaden Ivey, who looks very promising as well for Detroit early on, for a “boring” prospect in Iowa’s Murray.

Murray has been anything but boring for Sacramento so far in his short time in the NBA. He looked fantastic in Summer League, winning the Summer League MVP. It wasn’t just the plain stats that were impressive, though, it was how he was scoring.

He wasn’t just iso-ing through possessions to try and make a play happen. He played complementary basketball within a real offense, taking the shots when the chances were there. He stepped up and earned a tough bucket when he needed to, and he had no hesitations about pulling the trigger from deep.

Those games during the summer did a lot to stir up excitement in the Kings’ fanbase, and the rest of the league started to really make note of what Murray was doing as well. Of course, though, that was just Summer League. The real season was yet to come.

In his first taste of NBA action in a close loss to the Los Angeles Clippers, Keegan Murray scored 19 points on only 10 shots, hitting three shots from downtown. He also added two blocks.

Murray looked pretty much like the same exact player we all saw in the Summer League. He plays the game like a savvy veteran, just knowing when to take shots and score. Social media showered plenty of love on the rookie during his debut performance and here are the highlights.

Murray Leading the Kings out of the Locker Room

Keegan Murray checks in for the first time

The Kings Fans Were Hyped!

Welcome to the League!

Murray Slams it Down!

Getting it Done on Both Ends!

Let us know your thoughts, and comment on this story below. Join the conversation today.

Police search for gunman after man shot while walking in Stockton