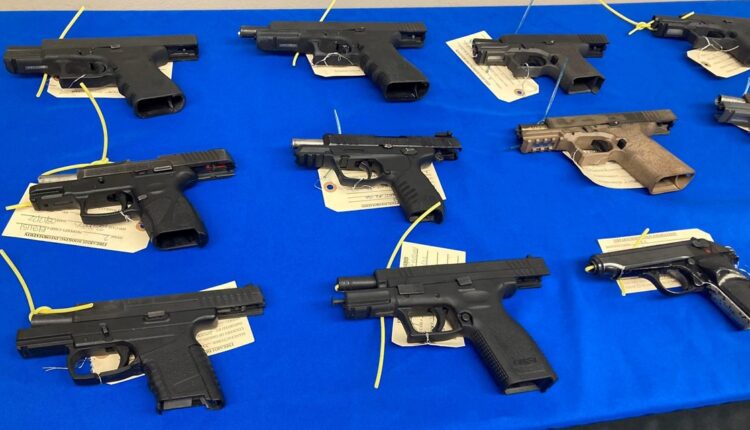 The Sacramento Police Department is working toward multiple solutions to get ghost guns off the streets.

SACRAMENTO, Calif. — Sacramento Police are calling it an explosion of the ghost guns. A ghost gun is a weapon that is illegal to possess. It’s an untraceable gun because it doesn’t have a serial number and isn’t registered. Sergeant Zachary Eaton explains the recent uptick is due to online accessibility.

“They’ll come 80% finished and it really doesn’t take much to finish a certain portion of the gun to actually make it a gun and for the pieces to be put together very quickly,” said Eaton.

Sergeant Eaton says they main way they are taking these illegal guns off the street is through car stops and proactive interactions with the community.

“We don’t know that they exist like I said it is very concerning to us that these guns are ending up in the hands of people prohibited from possessing them,” said Eaton.

Californians have until January 1, 2024, to register them and add the numbers.

Sac PD also has a detective with the Bureau of Alcohol, Tobacco, Firearms and Explosives (ATF) task force in Sacramento specifically dealing with ghost guns.

“This year we’ve assigned two additional detectives to the ATF task force to step up our efforts to get these illegal guns off the streets and address people who are actually manufacturing these firearms and trafficking these firearms into our community,” said Eaton.

Sacramento Police says ghost guns are directly contributing to the rise in gun violence in the community.

Just one example of ghost guns in our community is less than two weeks ago in Stockton a loaded hand gun was taken from a student at Lincoln High School, that was a ghost gun.