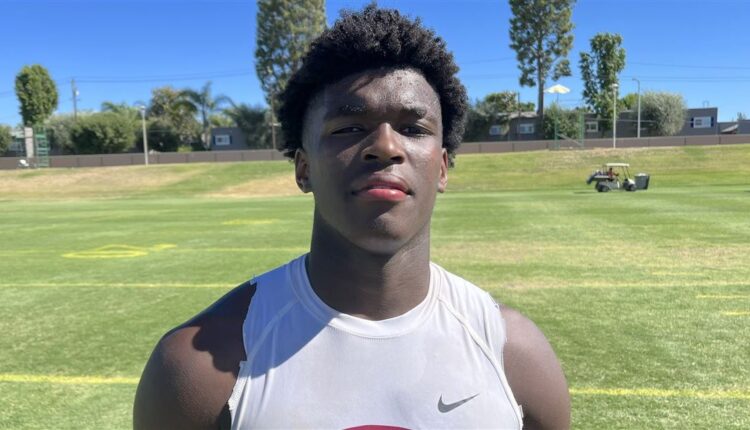 Fresno State hosted the 2022 “Battle of the Valley” 7-on-7 passing tournament Saturday, a chance for the coaching staff to get an up-close look at some of the best high school football players in the Central Valley.

I say, “nearly all of them” because there were a couple notable faces missing or out of action Saturday. Buchanan 2023 quarterback Jayden Mandal, who committed to Fresno State in March, was out of town. Bakersfield Christian 2023 quarterback Bryson Waterman, who has four offers including Florida State, did not play either. Clovis North 2025 running back/linebacker McKay Madsen, an intriguing 6-foot-1, 200-pound prospect with impressive strength and size for his age, attended the Broncos’ games but did not participate as an injury precaution.

That said, several big names in the Central Valley showed up and stood out. Fresno State head coach Jeff Tedford had a front row to it all. He stood on the sideline during the bracket rounds and personally handed the trophy to Clovis West following the championship game.

The event provided an opportunity for players to make an impression on the hometown school – one of which was Buchanan linebacker Logan Stoudt who received a scholarship offer from the Bulldogs over the weekend. Here are some of the other top performers from the tournament: