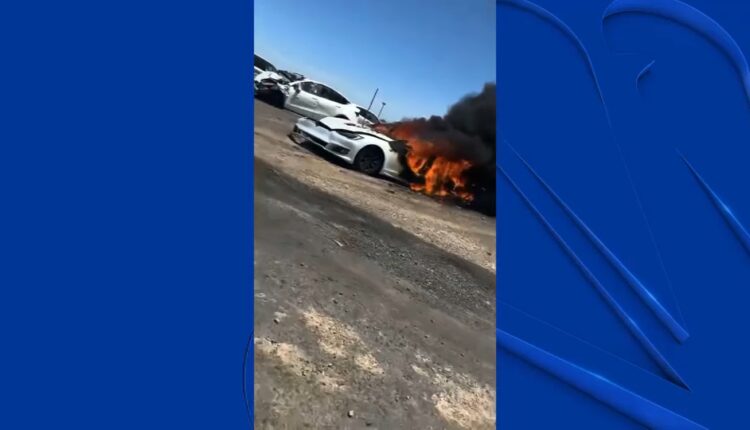 Firefighters put out a Tesla fire as it was parked in a wrecking yard in Sacramento Saturday.

According to the Sacramento Metropolitan Fire District, the car was involved in a crash a three weeks ago. But it somehow caught fire.

Video posted on Sacramento Metro Fire’s Twitter page showed firefighters trying to put out the fire as the Tesla was engulfed in flames.

Crews were able to knock down the flames. but the fire kept reigniting in the car’s battery compartment, officials said.

Firefighters had to get creative to put out the flames as they actually dug a pit around the car and filled it with water.

No injuries were reported.

Crews arrived to our first Tesla fire. It was involved in an accident 3 weeks ago, and was parked in a wrecking yard. Crews knocked the fire down but it kept reigniting/off-gassing in the battery compartment. Crews created a pit, placed the car inside, and filled the pit with water pic.twitter.com/Lz5b5770lO

Grenfell in numbers on the fifth anniversary of fire