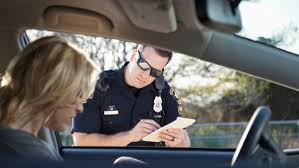 California’s roads are rife with bad drivers, according to a new study released by QuoteWizard.

In fact, eight California cities ranked in the top 10 cities with the worst drivers in America with Bakersfield topping the worst of the worst list. The study ranked 70 cities across the country, taking factors into consideration including speeding citations, crashes, red light violations and arrests for driving under the influence.

Bakersfield not only ranked first for worst drivers overall, but also for DUIs. Fresno didn’t do much better, ranking 7th worst. Louisville, Kentucky drivers were rated the best in the nation.

Ttop 10 cities with the worst drivers:

Top 10 cities with the best drivers:

For this study, QuoteWizard said it analyzed insurance quotes from 70 cities and used a composite ranking system to rank the cities.

Partial Remains of Alexis Gabe Recovered and Confirmed Near Sacramento