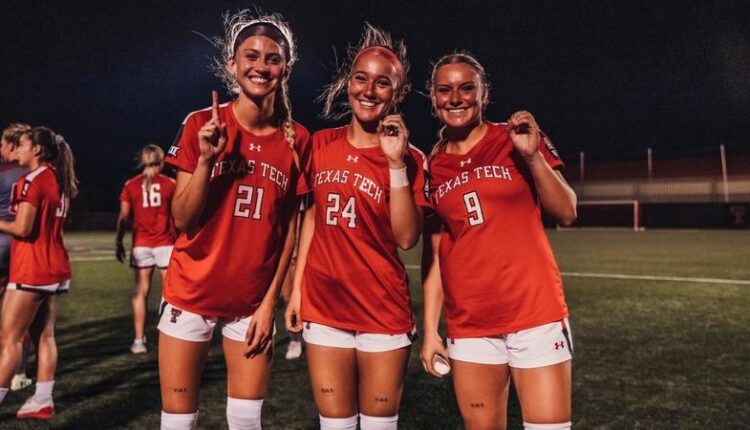 “It’s been a fun journey,” head coach Tom Stone said. “There have been some great wins here, including this one. Fresno did a great job in the first half of putting us under some pressure. Charlotte Teeter stepped up and scored an incredible goal from downtown to give us some confidence. Ashleigh’s goal was awesome and let us feel comfortable at 2-0.”

Teeter got Tech on the board in the 15th minute when she drilled a shot from well outside the 18-yard box and found the back of the net for the second time this season.

The Red Raider defense held strong through the remainder of the half, only allowing one shot through the opening 45 minutes to send Tech into the locker room with a 1-0 lead.

Just six minutes into the second half, Elise Anderson saw Ashleigh Williams making a run and sent a ball into the box that Williams was able to put away, good for her third goal of the season.

In the absence of Macy Blackburn, Anderson has stepped up huge for the Red Raiders and produced a pair of assists (Houston and Fresno State).

Again, the Tech defense would continue to shine, holding Fresno State (0-6-2) shotless throughout the entire second half. Tonight marked the third time this season that the Red Raiders defense has held opponents to three or fewer shots.

The Red Raiders will turn their eyes to the start of Big 12 play as they welcome in West Virginia on Thursday. Kickoff from the John Walker Soccer Complex is set for 7 pm