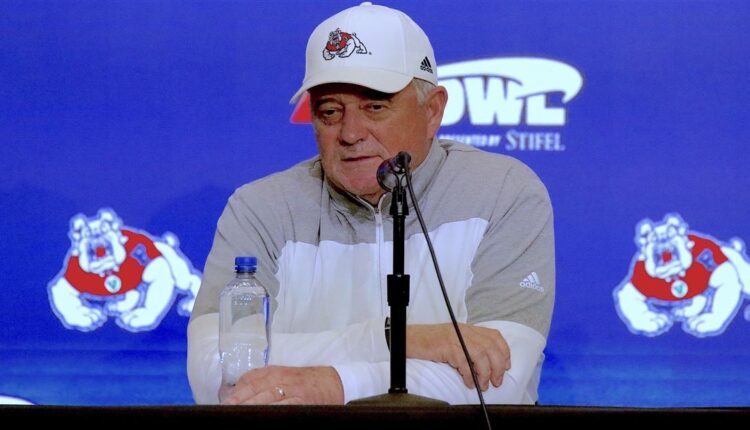 Fresno State won behind a dominating defensive performance of just one WSU score and 181 yards allowed. The defense also earned a safety. Jake Haener passed for 280 yards and two touchdowns while Jordan Mims rushed for 209 yards and two scores.

Tedford said of the defensive performance, “I thought the whole defense played excellent. The people on the back end did as well. I thought Carlton Johnson played a really good game. Cam (Lockridge) played a good game. Our linebackers played really well “I thought Coach Coyle, our defensive coordinator, did a really nice job mixing up pressure and coming off the edge, and pressure and mixing up coverage with pressure. I thought we tackled really well — all the bubble screens outside and things like that.” They make a lot of big plays by throwing those bubble screens and people miss tackles and they make big plays out of it.

“I thought the whole defense tackled really really well tonight. But again Coach Coyle and the defensive staff I thought did a great job of game planning and being prepared for the game.”

Continue for more quotes from the ‘Dogs.