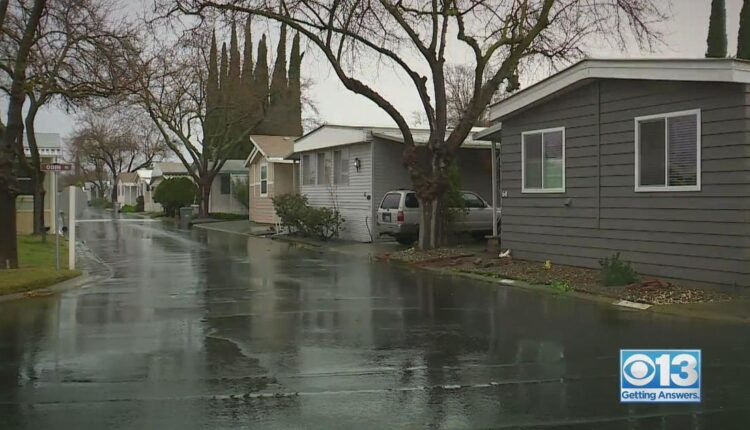 WEST SACRAMENTO — During severe storms, utility companies prioritize power for schools hospitals and customers’ medical needs, but one local mobile home park’s power was out for too long and the equipment necessary to keep some residents alive failed.

Valhalla Mobile Home Park has hundreds of residents, some of whom can’t live for more than a few hours without power.

“I had heat in one room of the house so I survived,” said Tom Madsen, a resident of the mobile home park.

The community of senior citizens lost power for days.

“There’s a lot of people on oxygen CPAP machines and that’s what we’re worried about. What are they going to do without electricity when they need that?” said management team member, Anita Burns.

Burns said for some that nightmare scenario came true.

“We have had several go to the hospital,” she said.

While the community struggled to survive the outage, local organizations stepped in to help.

“About 200 residents were without power on the second day and they needed a hot meal tonight,” Zea Davis said Monday.

Davis is a director for Meal on Wheels Yolo County.

“I have frozen meals. They’re already packaged. The lady earlier today, I brought her food. She was under four blankets to try and stay warm. Without us, people are going to go hungry tonight,” Davis said.

CBS13 reached out to Pacific Gas and Electric, who was finally able to restore power to the park, to ask how they keep vulnerable customers safe.

“We work closely with all agencies in the community. We’re in constant touch with them. It’s a team effort to keep the community safe,” said PG&E spokesperson Megan McFarland.

McFarland said PG&E prioritizes power restoration to critical infrastructures like schools, hospitals and customers with medical needs. The utility currently has 1,330 personnel on the job, including mutual aid crews from southern California.

CBS13 did reach out to local first responders to ask about the condition of the individuals impacted by the outage. We did not immediately hear back.

Weighing Risks of a Major Surgery: 7 Questions Older Americans Should Ask Their Surgeon