What role will Trey Lyles have with the Sacramento Kings this year? 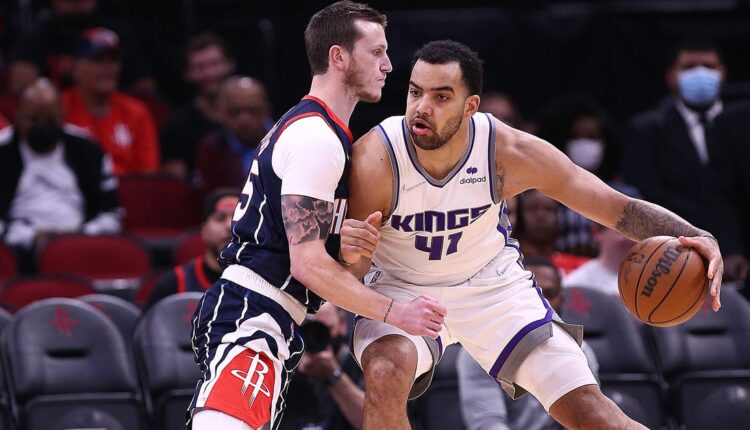 A few months ago, the Sacramento Kings decided to exercise their team option on forward Trey Lyles. After being traded to the Kings from the Detroit Pistons as part of the long-awaited Marvin Bagley III deal at last year’s trade deadline, Lyles added some depth to a struggling front court. But that was after coming to the team midseason. How will having time to build chemistry with his team during the offseason and adjusting to the new scheme affect him this year?

First let’s take a quick look back at his career in the NBA. The soon to be 27 year old forward was taken by the Utah Jazz with the 12th pick in the 2015 NBA draft after one year at the University of Kentucky. Since then he has played for Denver, San Antonio and Detroit before landing in Sacramento. No matter the situation he’s been in, his role has stayed pretty consistent. Rotational power forward that has talent on the offensive side of the ball, but isn’t extremely good in any facet of the game.

However, his 24 games in a Kings uniform were maybe the best stretch of his career, especially towards the end of the season when Domantas Sabonis was shut down. He averaged a career-high 10.6 points while shooting 49% from the field and 37% from three, as well as 5.6 rebounds all while playing roughly 23 minutes per game.

Here are a few of his best stat lines from last year:

With his eighth season quickly approaching, Lyles will be in the position to play a key role for the Kings, and it is without question he will make the roster, barring some crazy development from one of the fringe players at training camp. But Sacramento’s center rotation is locked in with Sabonis as the starter, and Richaun Holmes established as the backup. With Kings’ first-round selection Keegan Murray certainly almost getting the nod immediately, Lyles will be battling with Chimezie Metu for the backup four spot while simultaneously looking to take some minutes from Murray if he fails to adjust quickly at this level.

Regardless of his minutes, however, Lyle’s role will be the same this upcoming year. He will need to come in and be a reliable scoring option for De’Aaron Fox, Sabonis or any of the teams other facilitators to kick the ball out to or when he cuts to the basket. He will also need to be aggressive on the boards and improve his defensive abilities. New head coach Mike Brown has made it well known that defense is going to be a top priority for this team. So if Lyles can perform well on both ends of the ball, he should see some quality minutes on a much-improved Kings team.