Why do Sacramento’s alleys in downtown and Midtown have names? 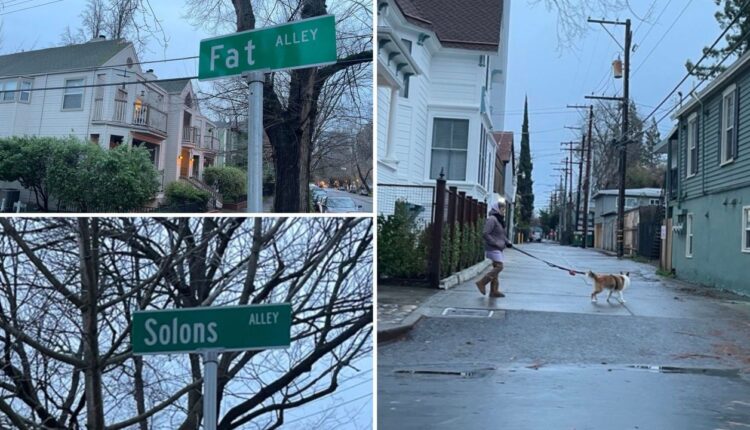 (KTXL) — If you’re walking away from an event at the Golden 1 Center in downtown Sacramento, you may stumble upon Kayak Alley.

If you’re in Midtown Sacramento and heading toward the state Capitol, you can walk along the streets or through Matsui Alley or Liestal Alley, and if you take a long walk through the area, you may encounter Tomato Alley or Fat Alley.

According to the City of Sacramento, the city has about 1,200 alleys, but none are uniquely named like the ones in Midtown and downtown.

Not only do they have unique names, but they are named in a way so that you can know where you are in the central part of the city by the names of the alleys.

The names of the alleys start with the letter of the street directly north of it, hence, Jazz Alley is just south of J Street.

However, when looking at a map, you may notice that the only alley that doesn’t start with the same letter as its parallel street is Carriage Path, which is south of O Street.

How did Sacramento alleys get their names?

The names of the alleys came as an idea from former City Council member Steve Cohn, who started the campaign in 2006, according to SacToday.com.

The concept took five years to complete because of additional input from transportation and police officials, as well as the public.

The campaign for the naming of the alleys would “protect human health and safety by enabling a quicker response time” for several public services,” according to a city council report.

What are the Sacramento alley names?

According to the report, the city council had a few rules when it came to naming the alleys: names must start with the letter of the street directly to the north and have historical context or identity with the city.

Next time while out in downtown and Midtown Sacramento, here are alleys you would encounter: