Will Fresno Dems Pay a Price for Backing GOP School Board Candidate? – GVWire 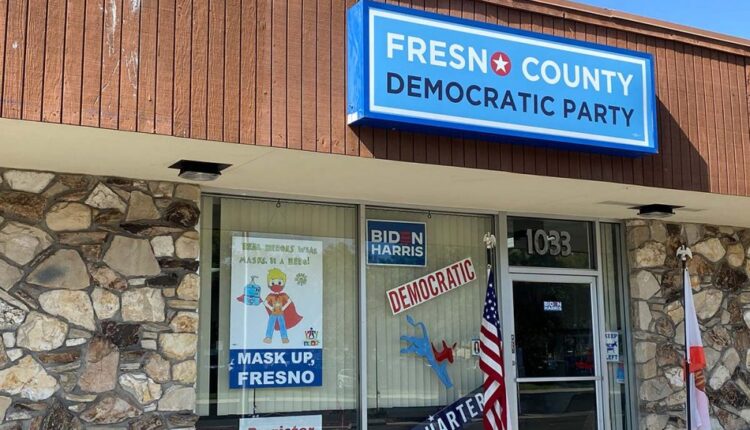 “In a world where Republicans and Democrats rarely agree, my supporters agree that I am the best and most qualified candidate for the Bullard region. No matter where they stand politically, they are united in feeling fed up with the status quo.” — Susan Wittrup, candidate for Fresno Unified School Board

She also is a Republican who has earned high-profile endorsements from both fellow party members and Democrats for what is officially a nonpartisan position.

And that isn’t sitting well with some local activist Democrats.

Under the bylaws of the Fresno County Democratic Party, no Democrat in good standing can support Wittrup. Specifically, the rule reads that a member could be removed for “giving support to or avowing preference for a non-Democratic candidate.”

Thus, prominent Democrats supporting Wittrup could be in trouble with the local party. At Wednesday’s meeting, members will discuss this policy and, potentially, some members could be removed at the October meeting.

For those who may be wondering if the Fresno County Republican Party has a similar rule discouraging the endorsement of Democrats, chair Fred Vanderhoof said yes.

Asked about the Democratic dust-up, Wittrup responded: “In a world where Republicans and Democrats rarely agree, my supporters agree that I am the best and most qualified candidate for the Bullard region. No matter where they stand politically, they are united in feeling fed up with the status quo.”

That includes Democrats who have publicly endorsed Wittrup. Among them are Fresno City Councilman Tyler Maxwell and Central Committee members Angelita Hurtado and Navkaran Gurm.

Hurtado is a Fresno Unified psychologist. Gurm was most recently an aide to Fresno City Council President Nelson Esparza and has run several campaigns for local Democrats. He recently left his position to attend law school at UC Davis.

Committee chairman Ruben Zarate could not be reached for comment.

Multiple sources told GV Wire that Democratic Party vice chairman Tyler Mackey is behind the move to remove the Democrats backing Wittrup. He declined to comment.

In a letter obtained by Politics 101, Gurm told Central Committee members that he proudly supported Wittrup in an effort to defeat incumbent Terry Slatic (registered as an American Independent).

“There is no viable Democrat that is running in this race,” Gurm wrote. “I hope that this body will find that this violation is not egregious enough to justify removal.”

Two others are running for the school board seat — Michael W. Haynes, registered with no party preference; and James Richard Barr, a Democrat.

Maxwell, an alternate on the Central Committee, is not concerned about any political penalty for his endorsement of Wittrup.

“I’m a proud Democrat and have a solid track record of fighting for the principles I believe,” Maxwell told Politics 101 by text. “Susan Wittrup is the best-qualified candidate running for her school board race. I’m proud to support her understanding fully well the consequences of endorsing a non-Democrat on the local Central Committee. Fresnans need local leaders who care about their best interests and sometimes that transcends party lines.”

Esparza said that Wittrup is the best candidate and he does not support sanctions by the local party.

“(The bylaw is) written pretty strictly in black and white. I think this is one circumstance where we’re clearly helping out the better candidate and the person who is going to be most effective on the school board,” Esparza said.