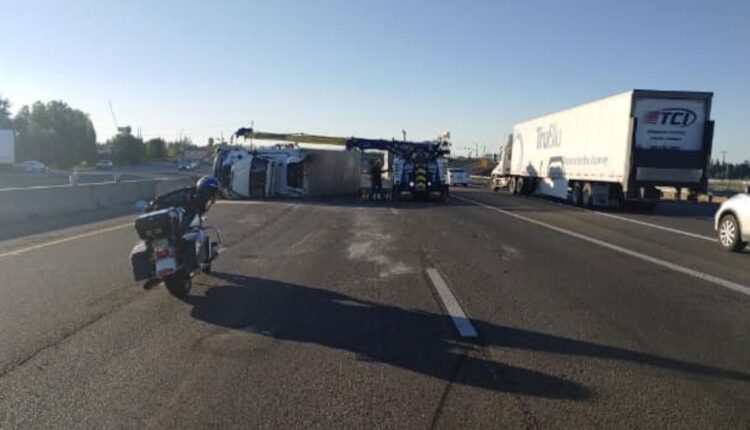 Around 5:14 am Saturday, a semi-truck rear-ended a 26,000-pound box truck on southbound Highway 99 just north of Carpenter Road causing the box truck to roll over, according to the CHP.

No arrests were made and drugs or alcohol are not suspected to be factors in the crash, the CHP says.