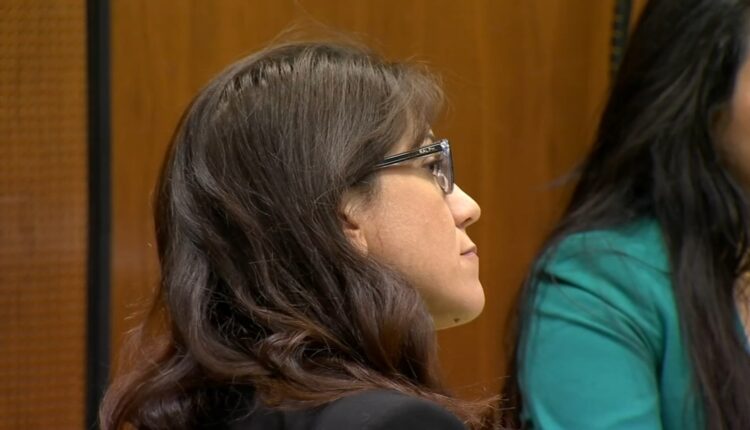 FRESNO, Calif. (KFSN) — An unusual twist caused a brief delay in the child sex crimes trial against a Fresno attorney who works with children.

Lingerie, underwear, and handcuffs are among the items Fresno police seized in 2019 as evidence in the investigation into Jennifer Walters.

But the most important evidence in the case may be what scientists found on two pieces of a futon in the boy’s family home, where Walters lived for four years.

“I identified sperm on (sample) 2A and (sample) 2B and for 2A, I also identified nucleated epithelial cells, which are lining cells,” said California Department of Justice lab quality manager Lora Bailey-Van Houten. “They could be found like inner cheek cells, vaginal cells, rectal cells.”

Analysts say there’s a one in 53 septillion chance those cells came from anybody other than Walters. That’s 53 followed by 24 zeros.

And the male genetic material was even less likely to come from anyone other than the victim.

“The sperm profile is expected to randomly occur in 1 in approximately 830 septillion individuals,” Bailey-Van Houten said.

Police say the crimes started in 2015 – when the boy was younger than 14 – and ended in 2019, when officers arrested Walters at the Los Angeles airport.

Her license to practice law is still active, but the State Bar of California includes a warning about the charges with her attorney profile.

In 2019, her defense attorney called the charges a fraud and a setup.

The first witness for the defense lived with Walters in 2015 when the boy first started spending the night at Walters’ home.

She said she never saw Walters do anything inappropriate, but she noticed the boy had a strong affection.

“He was too close to her and you observed that, correct?” asked prosecutor Kaitlin Drake.

“Yes,” replied Jannicke Haugland. “So, her son made comments about it.”

The defense never got to a second witness Thursday before the judge sent the jury home.

He admonished Walters and her defense attorney for failing to turn over evidence related to at least one expected witness until minutes before she was expected to testify.

The trial is now set to resume Monday. It could end soon after, depending on whether Walters chooses to testify.

If she’s convicted on all the charges, she faces a punishment of up to 24 years in prison.