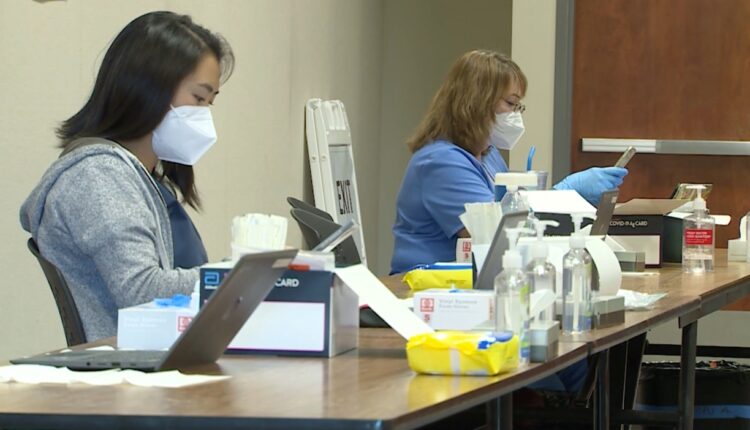 SACRAMENTO, Calif. (KTXL) — COVID-19 rates in Sacramento County are eight times higher than they were in early April, and according to the Centers for Disease Control and Prevention transmission is high.

This year for the Memorial Day holiday, not many testing sites were open, and the ones that were open weren’t busy.

“In this area in North Highlands, there’s not that many testing spots available, so think there’s a good amount of our community members who rely on us. So even though it’s a holiday we still wanted to be there for them today,” said Liberty Towers COVID testing director Megan Burgess.

An hour and a half before it closed, Burgess said about 84 people got tested at the site Monday compared to about 130 last Monday.

“For today mostly, we have been seeing a lot of families that are asymptomatic,” Burgess said. “Also, we get a good amount of being who are looking for taking flights.”

Cases have risen sharply across the country, and locally, officials think the number could be much higher because of take-home tests. People are supposed to report the results, but experts suspect many likely do not.

While a convenience for many, the availability of those tests was the beginning of the end of accurate COVID-19 data, according to UC Davis professor and epidemiologist Dr. Brad Pollock

“We are seeing signs though of increased transmission. It’s probably even worse than we’re seeing because of that underreporting,” Pollock said.

Pollock adds repeat infection appears to be a major factor as well.

“Those that have an initial omicron infection do seem to be able to get reinfected with these new sub-variants,” Pollock said.

And while many health authorities have said omicron and its variants appear to lead to less severe disease, Pollock warns against writing it off.

“In Sac, the maximum number of deaths we’ve had has been with omicron because it is so easily transmitted. There are so many people that are infected that you’re just seeing a lot of numbers there,” Pollock said.

He said prevention measures should be familiar at this point: distancing, vaccinations and masking.

“The minute you start getting that close space in, where people are right next to or you’re indoors where any sort of virus is going to be picked up by others, I think we have to be very careful about that,” Pollock said .