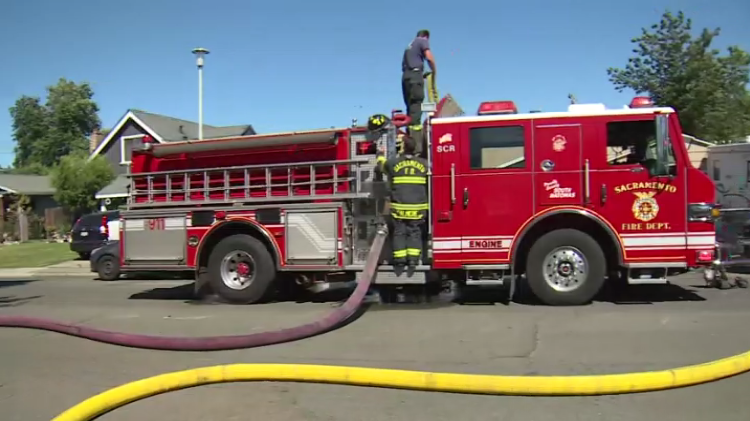 The Sacramento Fire Department said just before 3:30 pm that the fire was burning along the 3100 block of Northview Drive. By 4 pm, the flames were knocked down.

Flames were going through the roof and there was a building exposure to the rear, officials said.

No injuries were reported. The cause of the fire remains under investigation.