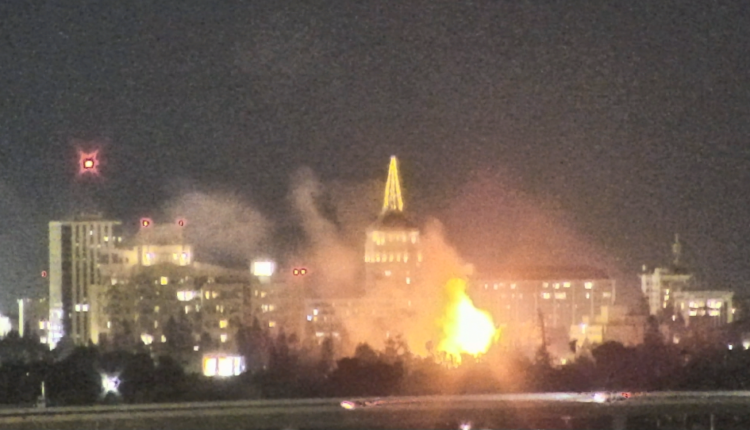 Fresno, Calif. (KSEE/KGPE) – Several bushes and trees caught fire near downtown Fresno according to Fresno City Fire Department Officials, creating light and smoke that could be seen for miles.

Crews say they responded to a fire around 10:20 pm in the area of ​​U Street near the on-ramp onto Highway 41.

Fire officials say that mulch on the fire on ramp as well as the wind caused issues in containing the fire.

The fire is mostly contained, but crews are staying on the scene to extinguish spot fires.

The cause of the fire is still unknown at this time according to officials.