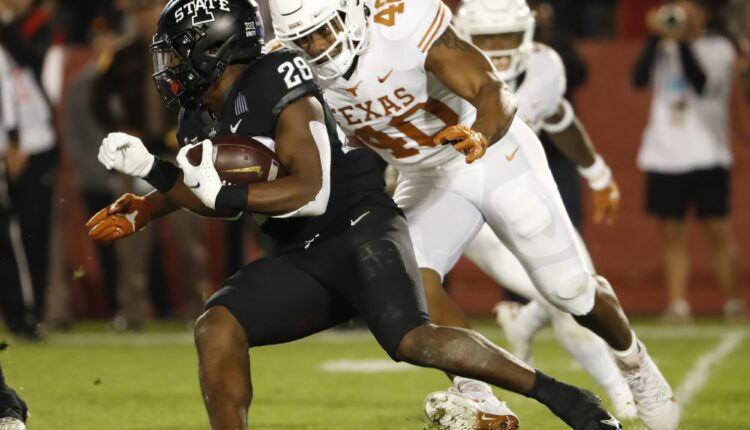 There is another former Texas football player that has found a new home out of the NCAA Transfer Portal this offseason. Former blue-chip recruit and Missouri native linebacker Ayodele Adeoye reportedly committed to FCS Sacramento State out of the transfer portal this week.

Cameron Salerno of the Sacramento Bee was one of multiple reporters that confirmed the transfer of Adeoye from Texas to Sacramento State this week.

It’s good to see Adeoye finding his next home out of the portal after testing the waters on the transfer market multiple times in the last few offseasons. Adeoye had returned to Texas already last offseason after putting his name in the transfer portal following the departure of former head coach Tom Herman and his staff for Steve Sarkisian and Co.

Adeoye spent four years at Texas and was a consensus 4 ⭐️ recruit coming out of IMG Academy. He will be an edge rusher for the Hornets.

Sacramento State will definitely be getting a linebacker that brings a lot of raw talent to the table. Adeoye is a former four-star recruit that ranked as one of the top 150 high school prospects in the nation for the 2018 cycle. He was one of the highest-rated signees in the 2018 recruiting class for Herman and the Longhorns.

Adeoye also has a good amount of game experience under his belt from the last few seasons at Texas. He took nearly 700 snaps defensively over the course of the last four seasons, which led to more than 60 combined tackles, four tackles for loss, 2.5 sacks, one interception, two pass breakups, and more than a dozen quarterback pressures.

Salerno mentioned in his report on Twitter this week that Adeoye is likely to be coming off the edge for Sacramento State next season. Adeoye took just over 100 snaps in a pass-rushing role for the Longhorns in the last few seasons. But he took fewer than 50 snaps as a pass rusher coming off the edge at Texas.

That will be interesting to see how Adeoye is able to adapt to this new role with the Hornets.