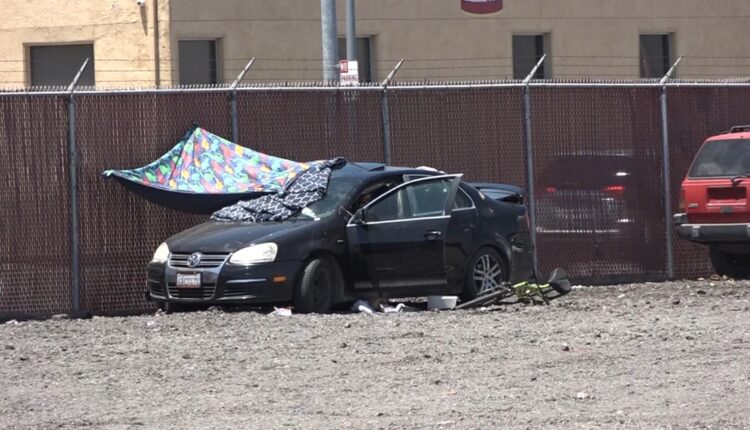 If passed, the proposal would accommodate up to 25 cars and run for 12 hours a day for six months.

MODESTO, Calif. — A pilot project aiming to give people living in their car a stable place to stay overnight could reach a vote in July, where it could be put into action.

It is described by officials as a real-time effort to address homelessness in the city. The latest Point-In-Time count shows 1,433 homeless people in Modesto, about 1,857 live in Stanislaus County. Three out of four became homeless for the first time, and about one out of five were “unable to pay rent.”

The “Safe Parking” site could offer some stability to people like Jose Ortega, a 26-year-old living in his 1994 Toyota Corolla. He’s been living in his car for a year and a half.

“It’s rough, paranoia. You have to be really, really aware when you sleep in your car too,” Ortega said.

Ortega is employed full-time as a golf course landscaper in Tracy. He lives in his car near where his mother is staying, who suffers from Stage Four cancer. He can’t afford his own place.

“People think, ‘Oh, he’s homeless. He might be a drug addict or this and that.’ No, I’m a regular dude. I work six days out of the week,” he said.

If passed, the proposal would accommodate up to 25 cars and run for 12 hours a day for six months. The site would include security, water, restrooms and dumpsters along with services to help people find permanent housing.

“We’re going to be able to talk to these people, see what their problems are, see if we can find solutions, maybe get them a hot meal, maybe get them a shower – all these kinds of things we take for granted, Council member Chris Ricci.

Planned for the parking lot at 9th and B Streets, the nearby Salvation Army would operate the site.

While Ortega likes the “Safe Parking” idea, he still prefers to have his car at the park.

“It’s quiet, and everybody knows everybody over here,” Ortega said.

“It’s the street that I often travel, and I’ve noticed more and more cars every night when I come home parked there. And, it’s clearly a need that we have in our community,” Zwahlan said.