Sacramento holds more world records than one might think 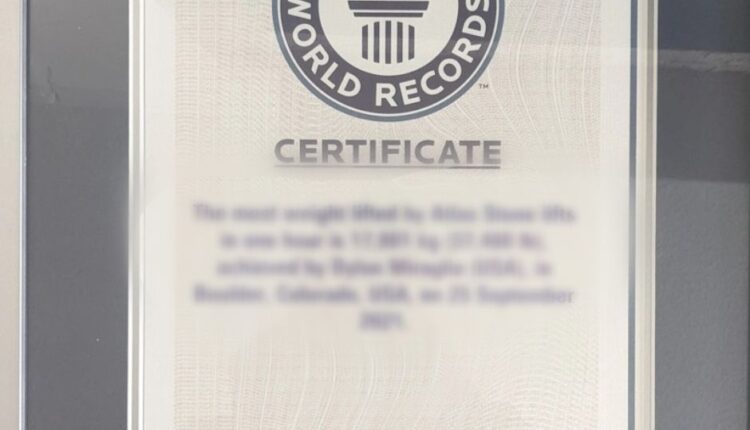 SACRAMENTO, Calif. (KTXL) — Sacramento history is filled with people, inventions and ideals that have impacted California and the nation, but the Capitol city has also pilled up a collection of Guinness World records.

The Guinness Book of Records originally started out as an idea for a fact book to solve pub arguments, according to the books website.

Largest donation of fresh fruit and vegetables in 24 hours

Over 200 partner agencies benefited from this record setting effort.

On Nov. 15, 2013, Sacramento Kings fans made a run at the record for the loudest crowd and came away with a win.

During their televised game against the Detroit Pistons the Kings belted out a 126 dbA roar.

This record, formally Jimmy Buffett, was surpassed on July 13, 2012 by Nick Nicora at Cal Expo.

Nicora made a 10,499 gallon margarita in a large cocktail shaker.

Grab a pint at these local breweries for National Beer Day

When Pauline Potter was measured in July 2012 the Sacramento woman weighed 647 lbs 4 oz.

Fastest speed in a piston engine aircraft over 15 km

On April 23, 2012 Will Whiteside and his World War II-era Russian Yakovlev YAK-3 took of from the Yolo County Airport and flew over a 15 km stretch of Interstate 505.

First US pro sports league to play in China

On October 14, 2004 the Sacramento Kings and the Houston Rockets made US sporting history when they played the first US pro sports game ever in China.

Most steals in a WNBA game

During a game against the San Antonio Silver Stars on July 10, 2003, Sacramento Monarch Ticha Penicheiro made 10 steals.

The Monarchs beat the Silver Stars 89 to 76.