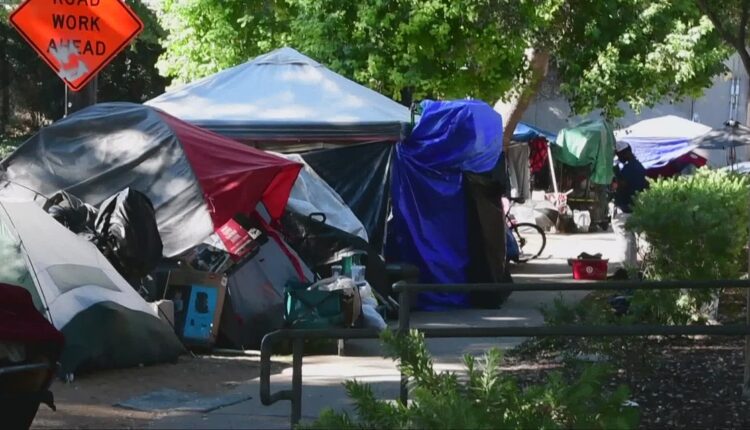 Residents questioned the mayor about the city’s efforts to address homelessness and the seeming lack of progress during a community meeting at McKinley Park.

SACRAMENTO, Calif. — Tempers flared in a Saturday morning community meeting between Mayor Steinberg and a group of East Sacramento neighbors frustrated by the growing homelessness crisis.

Gathering in McKinley Park, community members raised concerns about finding needles on the ground and growing tent encampments blocking sidewalks. Some questions raised about the city’s efforts to address one of it’s most vexing problems, and the seeming lack of progress.

“I hear you,” Steinberg said as he addressed the crowd, answering questions about a number of ongoing city projects.

It also came as Sacramento City Council was set to continue debate over whether camping on the sidewalk should be a misdemeanor.

“This is a city sidewalk that we should be able to walk freely and have at least four feet,” said Nick Kufasimes in support of the effort.

Another neighbor raised the idea of ​​immediately allowing homeless encampments on the 102-acre property in South Sacramento that the city purchased in January.

“We have this big area down in Meadowview where we can immediately start letting them have a campsite there,” the neighbor said.

Steinberg replied to that suggestion by saying “that’s not fair to that neighborhood.”

Another neighbor demanded more information about the city’s “Safe Ground” camping site in Miller Park. The mayor promised to have his staff follow up.

As frustrated neighbors weigh in, city leaders will continue to face the vexing question of what to do about homelessness.