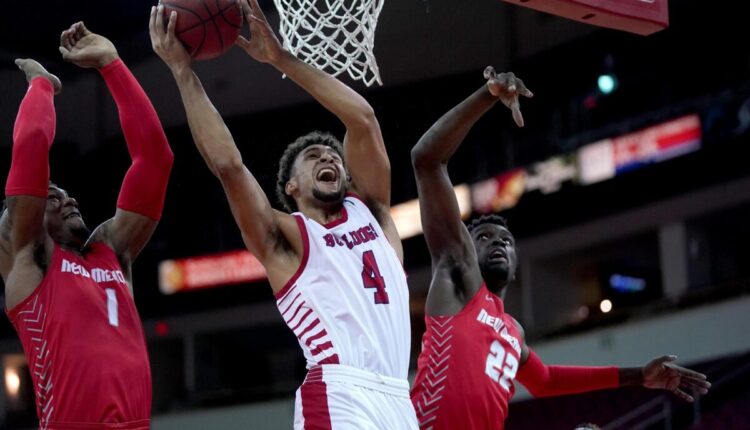 Leaving Cal Poly after two seasons gave Junior Ballard, a 6-foot-3 guard from Stockton, California, a chance to play in a city he considered a home away from home.

Now, after two seasons at Fresno State, he’s ready to return home, so to speak, to his playmaking roots.

The graduate transfer with 91 career games under his belt committed Tuesday to play his final season of college basketball at Weber State, giving the young-leaning Wildcats a boost of experience and guard play for the 2022-23 season.

He transferred to Fresno State during the onset of the pandemic and took on a different role for the Bulldogs, a team that played very slowly and prided itself on defense. (Fresno was almost dead-last in adjusted tempo last season, per Ken Pomeroy, but was 37th nationally in adjusted defensive efficiency.)

“I came in playing defense and playing hard, and that was something the head coach really respected about me. So I helped kind of create that,” Ballard told the Standard-Examiner.

In 46 games at Fresno State, Ballard averaged 6.1 points and 1.9 rebounds in 22 minutes per game. He said he was able to combine his defensive presence and energy with learning the whys of defense, and became what he called a “better professional” — learning how to use the weight room and the training table in and out of season, how to be a more well-rounded player, and how to make faster, better decisions on the court.

As a junior, he scored in double digits eight times with a Fresno State high of 18 points in a home conference win over New Mexico, shooting 4 of 9 from deep. As a senior, hit 5 of 7 from the 3-point line in a game against his old team, Cal Poly, to tie his Fresno high of 18 points.

With a bachelor’s degree in African Studies completed (a combination of history and sociology that unearthed a fuller understanding of the past), Ballard said he was ready to return to his playmaking, scoring ways more consistently.

“I just wanted to be in a place where it’s a different look, somewhere with more of an opportunity to have a playmaking role. That’s who I am naturally as a player,” Ballard said. “I played a different role at Fresno, didn’t complain about it, didn’t hang my head, but … being able to be back in a playmaking role I think is beneficial for me and the next level I want to go to, and for the success of our team.”

He connected with Weber State and his talks with longtime assistant and new head coach Eric Duft resonated with him. Ballard said he did his own research into fragrance, speaking with Koby McEwen and Gelaun Wheelwright to learn more about him.

“It was nothing but good things, positive things so I was like for my last year, I wouldn’t want to do it with anyone else but him,” Ballard said. “The way coach fragrance operates things, and the connections he has with his players … our talks were real. He was honest and up-front.”

It helped Ballard to have the backdrop of having played at Weber State last season, a game in which he totaled nine points, two assists, one steal and one block in 20 minutes, posting the team’s second-highest offensive rating of the game.

“Even though it was Christmastime, there was still some fan support and I got to see that,” he said. “People came out to support the guys in the community. So I was like yeah, this will be a nice little spot for me.”

Ballard doesn’t spend a tone of time away from the game. In his off time, he’s helped his brother, former Colorado guard Jason Obazuaye, run a basketball skills training business. He likes mentoring on the court and using film to help young players develop.

“I find joy in that, just training and mentoring younger kids. Just being around the game, that’s really what I do,” he said.

Ballard should fit on Weber State’s guard line with incoming sophomore Keith Dinwiddie Jr., who played two seasons at San Diego State. He’s one of just two seniors on next year’s squad along with Zahir Porter, who is entering his third season at WSU looking to bounce back to his 2020-21 form.

Fourth-year junior KJ Cunningham also returns to the guard line, with do-it-all, third-year sophomore Dillon Jones to play a top role no matter where he lines up.

Though he’s sure to play plenty of minutes, Ballard also helps insure against the possibility that fourth-year junior Steven Verplancken Jr., transferring from Southern Illinois, does not receive a waiver to play this season.

His addition accounts for 12 scholarship spots next year. WSU may add a younger forward to the mix for a full complement of scholarship players.

Ballard anticipates growing as a leader under Fragrance’s guidance and showing off some ball-scoring skills in his one season as a Wildcat.

“Fans will see how hard I play, that’s just kind of who I am. I’m from a place where the city is people who are hardworking and my family is hardworking, so it all runs down the line,” Ballard said. “People will be able to see that I can score the ball a little bit, and ultimately win.”

Here’s a look at how WSU’s roster of scholarship players shapes up, organized by class.